The Memorial Wall is a memorial at the Central Intelligence Agency headquarters in Langley, Virginia. It honors CIA employees who died in the line of service. There are 117 stars carved into the white Alabama marble wall. Follow us on Twitter: @INTEL_TODAY

Question: How many of these stars represent women?

Jane Wallis Burrell: The First CIA Officer To Die in the Agency’s Service

On January 6, 1948, an Air France DC-3 from Brussels crashed on approach to the Le Bourget airport near Paris, killing all five crew members and 10 of the 11 passengers. Among the dead was a young woman who, press reports said, was either a clerk or a courier. She was neither. Jane Burrell was a CIA officer, and her death—only 110 days after CIA was officially established the previous September—makes her the first CIA officer to die while employed by the Agency. (…)

We know nothing about Jane’s activity at the time of her death. She was returning from a trip to Brussels on January 6—traditionally the end of the Christmas season—and despite speculation that she was on an operational mission, the limited documentation sheds no light. An official US spokesman at the time said Jane had been on vacation.

Jane was never a candidate for a Star on CIA’s Memorial Wall because the Wall commemorates Agency employees who died in specific circumstances, and deaths from crashes of commercial aircraft have generally not qualified. At the same time, her service with CIA and its predecessor organizations was honorable and deserves to be remembered. [CIA Website] 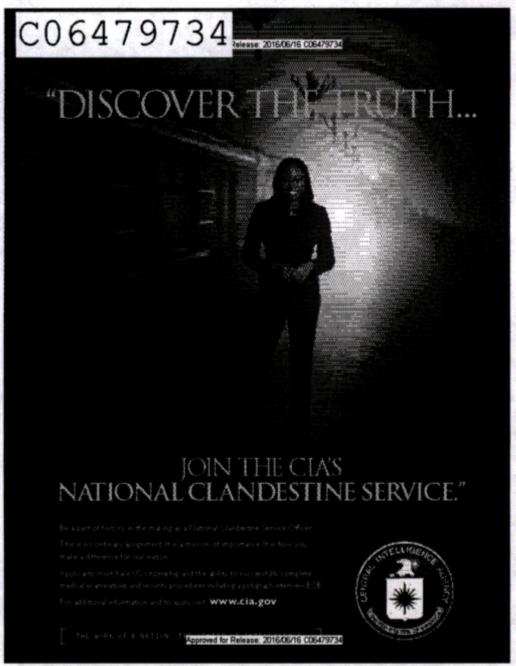 The ‘Memorial Wall” has 117 stars, honoring the agency officers who’ve died in the field. Eleven represent women. Would you like to know their story? Stay tuned!

Women of the CIA — Newsweek

The Mystery of Jane Wallis Burrell: The First CIA Officer To Die in the Agency’s Service — CIA news & Information