EUROPOL: Islamic State to step up attacks on European targets

“We have to be vigilant, since the threat posed by the so-called Islamic State (IS) and returning foreign fighters is likely to persist in the coming years. These people are trained to use explosives and firearms and they have been indoctrinated by the jihadist ideology.” 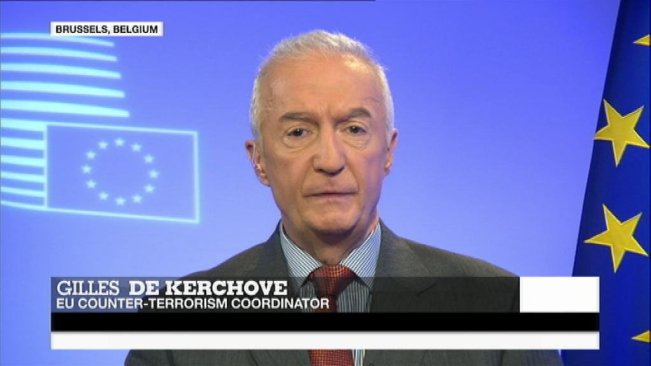 EUROPOL has warned that militants from Islamic State (IS) will aim to step up attacks on European targets, as they face defeat in the Middle East. Follow us on Twitter: @INTEL_TODAY

Here are the main findings of the report:

“From an IS perspective, the terrorist attacks carried out in Belgium and France in 2015 and 2016 were successful and effective. Given this fact and a general assumption that IS retains both the will and the capability to strike again, further attacks in the EU, both by lone actors and groups, are likely to take place in the near future.”

“Further attacks in the EU, both by lone actors and groups, are likely to be attempted. Estimates from some intelligence services indicate several dozen people directed by IS may be currently present in Europe with a capability to commit terrorist attacks.”

“In addition to France and Belgium, all other EU Member States that are part of the US-led coalition against IS may be targeted by terrorists led or inspired by IS.

The most probable scenario is the use of the same modus operandi, including the same types of weapons, used in earlier attacks.

If IS is defeated or severely weakened in  Syria/Iraq by the coalition forces, there may be an increased rate in the return of foreign fighters and their families  from the region to the EU or to other conflict areas.”

“Counter-terrorism experts expect that IS will start planning and dispatching attacks from Libya.”

“Modi operandi employed in Syria and Iraq, such as the use of car bombs, extortion and kidnappings may be employed as methods of attack in the EU.

The apparent preference for soft targets means that attacking critical infrastructure such as power grids and nuclear facilities is currently not a priority for IS.

Elements of the Syrian refugee diaspora may be vulnerable to radicalisation once in Europe and may be targeted by extremist recruiters. Given that it is in the interests of IS to inflame the migration crisis to polarise the EU population and turn sections of it against those seeking asylum, some infiltration of refugee camps and other refugee/migrant groups is likely.

Contacts between terrorists and career criminals are generally of a very pragmatic and opportunistic character, and for very specific purposes only. However, the relative incidence of such cases in which there are connections appears to have increased. Typically this is because terrorists are known for previous criminal activity and/or because they make use of organised crime networks in the preparation of attacks, e.g. to obtain false identity documents and/or firearms.”

What should not be overlooked is that IS is not the only terrorist organisation with the intent and capability to carry out attacks against the West, or to inspire individuals and groups residing in EU Member States to do so.

Al Qaeda and / or Al-Nusra affiliated or inspired groups and individuals continue to pose a serious threat to Member States of the EU and to Western interests in general.

EUROPOL: Islamic State to step up attacks on European targets