“I thought of my grandchildren, in deciding to cast my vote for Jill Stein, knowing that she and the Greens are hard at work trying to assure that my grandchildren will have the clean air and pure water that most of us “grown-ups” still take for granted.” 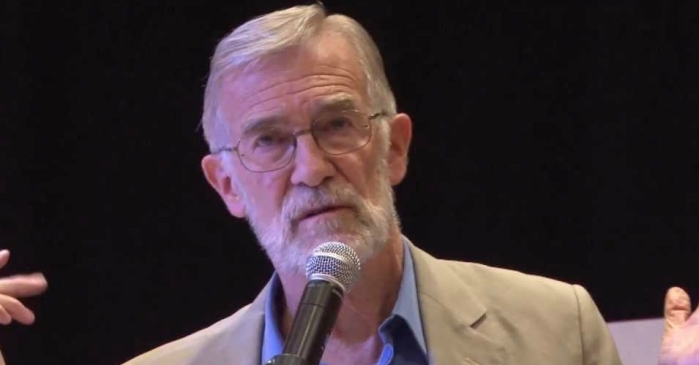 Mark Maxwell of Independent TV Station WHDT gave Ray enough time Thursday to expose the public push for something entirely new in U.S. history; a concerted Establishment campaign to effect a “pre-emptive coup” to deny the presidency to Donald Trump. Follow us on Twitter: @INTEL_TODAY

McGovern was a CIA analyst for 27 years (1963 to 1990), routinely presenting the morning intelligence briefings at the White House.

His CIA career began under President John F. Kennedy, and lasted until the Presidency of George H. W. Bush.

McGovern chaired National Intelligence Estimates and prepared the President’s Daily Brief, and in the mid-1980s was a senior analyst conducting early morning briefings one-on-one with the vice president, the secretaries of State and Defense, the chairman of the Joint Chiefs and the assistant to the president for national security.

At his retirement in 1990, McGovern received the CIA’s Intelligence Commendation Medal. He worked as an officer for the CIA, where he was responsible for the analysis of Soviet policy in Vietnam. [WIKIPEDIA]

“The heavies in the Washington Establishment (including Hillary Clinton, John Podesta, and CIA chief John Brennan) have strong incentive to keep Trump out.  They have pulled out all the stops, using the corporate media to “show” that Hillary Clinton would have won absent a heavy Russian thumb on the scale.

The media have seldom been more effective implementing President George W. Bush’s dictum to “catapult the propaganda.”Amidst all this, Ray and his VIPS colleagues have done everything they could to expose what is going on.”