“Michael D’Andrea has been revealed to be the Chief of the CIA’s Counter Terrorism Center for the last many years. He replaced Robert L. Grenier as head of CTC in 2006. He is well known as the originator of the CIA’s ‘Signature Strike’ drone operations around the world. He is depicted in the film — Zero Dark Thirty — as The Wolf.”

Michael D’Andrea was the basis for a character known as “The Wolf” — played by Fredric Lehne — in the movie “Zero Dark Thirty.

Known as the Dark Prince or Ayatollah Mike, Michael D’Andrea oversaw the hunt for Osama bin Laden and the American drone strike campaign. But from now on, the very controversial CIA officer will be running the C.I.A.’s Iran operations. Follow us on Twitter: @INTEL_TODAY

According to current and former intelligence officials, his appointment is the first major sign that the Trump administration is invoking the hard line the president took against Iran during his campaign.

“The C.I.A. declined to comment on Mr. D’Andrea’s role, saying it does not discuss the identities or work of clandestine officials.

The officials spoke only on the condition of anonymity because Mr. D’Andrea remains undercover, as do many senior officials based at the agency’s headquarters in Langley, Va.

Mr. Eatinger did not use his name. The New York Times is naming Mr. D’Andrea because his identity was previously published in news reports, and he is leading an important new administration initiative against Iran.” [NYT]

About the ‘outing’ of Mike D’Andrea

The Washington Post just ran a idiotic piece regarding the outing of D’Andrea.

In a front-page story, the Times recently exposed the identity of the covert operative running the CIA’s Iran operations as Michael D’Andrea — noting that he was “known as the Dark Prince or Ayatollah Mike, nicknames he earned as the Central Intelligence Agency officer who oversaw the hunt for Osama bin Laden and the American drone strike campaign that killed thousands of Islamist militants and hundreds of civilians.”

Even more troubling, the Times not only identified D’Andrea by name, it also reported his alleged role in the killing of a senior Iran-backed Hezbollah terrorist leader. “Operatives under his direction played a pivotal role in 2008 in the killing of Imad Mugniyah, the international operations chief for Hezbollah, the Iranian-backed Shiite militant group based in Lebanon,” the Times reported. (…)

But there is simply no excuse for exposing the names of covert operatives. These individuals are risking their lives for our country, and their anonymity is as critical to their safety as body armor is to an infantry soldier. To take away that cloak of secrecy, especially in the absence of any suggestion of wrongdoing, exposes them to grave danger — and endangers the security of all Americans.[Washington Post]

As INTEL TODAY explained in a recent post, the identity of ‘CIA ROGER’ has been known for quite some times, and even if it was a ‘true’ outing, it would not legally qualify as such under the Identities Protection Act. [The Law protects ‘cover agents’ and defines very clearly who these individuals are. D’Andrea is NOT such a covert agent.]

Michael D’Andrea — also known as the Dark Prince or Ayatollah Mike — was born to a North Virginia family whose links to the CIA stretch back two decades.

He was a major figure in the search for Osama bin Laden, as well as the American drone strike targeted killing campaign. 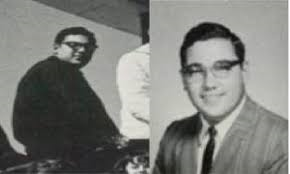 According to a 2012 Washington Post article, D’Andrea’s colleagues described him as a collection of contradictions. A chain-smoker who spends countless hours on a treadmill.

Notoriously surly yet able to win over enough support from subordinates and bosses to hold on to his job.

He presides over a campaign that has killed thousands of Islamist militants and angered millions of Muslims, but he is himself a convert to Islam.

D’Andrea was raised in Northern Virginia. joined the CIA in 1979, and he was considered an underperformer at Camp Peary. [Greg Miller — WP (2012) ]

“When his own career began in 1979, at the CIA’s southern Virginia training facility, known as The Farm, Roger showed little of what he would become. A training classmate recalled him as an underperformer who was pulled aside by instructors and admonished to improve.”

“Folks on the staff tended to be a little down on him,” the former classmate said. He was “kind of a pudgy guy. He was getting very middling grades on his written work. If anything, he seemed to be almost a little beaten down.”

During his nine-year tenure, D’Andrea presided over hundreds of American drone strikes in Pakistan and Yemen, advocating for the program to the United States Congress.

In 2015, leadership of the drone program was passed to Chris Wood, following bureaucratic reshuffling by Director John O. Brennan.

During his time at the Counterterrorism Center many reporters referred to him only by the codename “Roger”, which was considered unusual for an official not posted overseas.

He was reportedly involved in the assassination of Hezbollah member Imad Mughniyah in Damascus, Syria.

He received much blame for the Camp Chapman attack in Khost, Afghanistan, when seven CIA operatives were killed by a suicide bomber. [Wikipedia]

Given his attention to operational detail, Roger is seen by some as culpable for one of the agency’s most tragic events — the deaths of seven CIA employees at the hands of a suicide bomber who was invited to a meeting at a CIA base in Khost, Afghanistan, in December 2009.

An internal review concluded that the assailant, a Jordanian double-agent who promised breakthrough intelligence on al-Qaeda leaders, had not been fully vetted, and it cited failures of “management oversight.” But neither “Roger” nor other senior officers were mentioned by name.

One of those killed, Jennifer Matthews, was a highly regarded analyst and protege of Roger’s who had been installed as chief of the base despite a lack of operational experience overseas.

A person familiar with the inquiry said that “the CTC chief’s selection of [Matthews] was one of a great number of things one could point to that were weaknesses in the way the system operated.”

Khost represented the downside of the agency’s desperation for new ways to penetrate al-Qaeda, an effort that was intensified under President Obama.

Roger’s connection to Khost and his abrasive manner may have cost him — he has been passed over for promotions several times, including for the job he is thought to have wanted most: director of the National Clandestine Service, which is responsible for all CIA operations overseas.

His first overseas assignments were in east Africa, where he met his wife and converted to Islam in order to marry her.

“He also married a Muslim woman he met abroad, prompting his conversion to Islam. Colleagues said he doesn’t shy away from mentioning his religion but is not demonstrably observant. There is no prayer rug in his office, officials said, although he is known to clutch a strand of prayer beads.”

Faridah Currimjee D’Andrea, almost 10 years older than her husband is daughter of a wealthy family from the Mauritius with Gujarati origins. 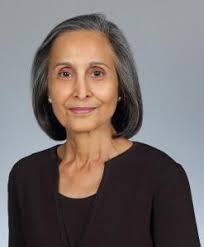 “No end in sight”

‘CIA Roger’ does not appear in any of the pictures taken inside the White House situation room when bin Laden was killed last May. Officials said he stayed in place at CIA headquarters and barely allowed himself to exult.

For all the focus on “kinetic” operations during Roger’s tenure, “he believes this is not a war you’re going to be able to kill your way out of,” said a former colleague. To him, “There is no end in sight.”

When the bin Laden operation concluded, he stepped outside to smoke.

Since becoming chief, Roger has worked for two presidents, four CIA directors and four directors of national intelligence. In the top echelons of national security, only Robert S. Mueller III, who became FBI director shortly before the Sept. 11, 2001, attacks, has been in place longer.

Roger’s longevity is all the more remarkable, current and former CIA officials said, because the CTC job is one of the agency’s most stressful and grueling. It involves managing thousands of employees, monitoring dozens of operations abroad and making decisions on who the agency should target in lethal strikes — all while knowing that the CTC director will be among the first to face blame if there is another attack on U.S. soil.

Most of Roger’s predecessors, including Cofer Black and Robert Grenier, lasted less than three years. There have been rumors in recent weeks that Roger will soon depart as well, perhaps to retire, although similar speculation has surfaced nearly every year since he took the job.

Now, you can make it “three presidents, five CIA directors and five directors of national intelligence.”

The Counterterrorist Center was established in February 1986, under the CIA’s Directorate of Operations, with Duane Clarridge as its first director.

It was an “interdisciplinary” body; many of its personnel, and most its chiefs, were drawn from the CIA’s Directorate of Operations, but others came from the Directorates of Intelligence and Science and Technology.

The heads of the CTC since 1986 have been the following:

Geoffrey O’Connell was Director of the CTC from 1997 until Cofer Black became Director in June 1999, as part of a reshuffle by CIA chief George Tenet

Robert L. Grenier is a longtime CIA officer who served as the CIA’s top counter-terrorism official (2004-2006) and was fired from that position — on Februaruy 6 2006 — by CIA director Porter Goss. He was succeeded by Michael D’Andrea.

During his nine-year tenure (February 2006 – March 2015), reporters referred to him only by the codename “Roger”, which was considered unusual for an official not posted overseas.

D’Andrea’s successor in that post, according to a Post story by Greg Miller, is an agency veteran who has held a series of high-level positions, including running the CIA’s operations in Afghanistan. His name is “Chris.”

Then, in April 2016, It was reported that the head of the Central Intelligence Agency’s Counterterrorism Center (CTC) would step down in the near future.