German intelligence agency spied on thousands of targets in the United States — Yuri Drozdov: The man who turned Soviet spies into Americans — Britain wants a ‘way out’ of the Julian Assange standoff, says Ecuador — The Secrets Of The Spy In The Bag 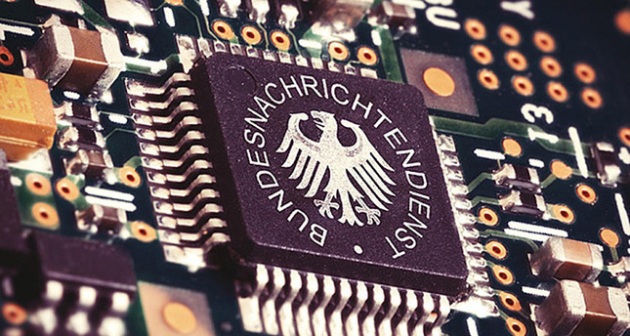 The foreign intelligence service of Germany spied on at least 4,000 targets in the United States from 1998 until 2006, according to a leaked document published yesterday by leading German newsmagazine Der Spiegel. The German investigative weekly said that the surveillance was carried out by the German Federal Intelligence Service, known as BND. The Hamburg-based magazine claimed to have in its possession a list of approximately 4,000 “selector keywords”, unique distinguishing terms, addresses or numbers that identify individual targets for surveillance. The list allegedly includes names, telephone or fax numbers, and email addresses of people that the BND had identified as worthy of individual attention between 1998 and 2006.

According to Der Spiegel, the list of targets in the United States includes officials in the White House, the Department of the Treasury and the Department of State. Their work and private phone numbers, and often emails, are listed in the BND document. The latter also focuses on the American military sector, paying particular attention to the US Air Force and the Marine Coprs. Other targets include the National Aeronautics and Space Administration and the Defense Intelligence Agency, the US Pentagon’s intelligence organization. In addition to US government targets, the BND exercised surveillance on American companies with ties to the state, such as Lockheed Martin, as well as state-owned universities.

Yuri Drozdov once said it could take up to seven years to train an “illegal”, the Soviet spies planted abroad under false or assumed identities, sometimes for decades.

As former chief of the KGB intelligence agency’s Directorate S, which managed the illegals programme, Drozdov knew more than most about what it took to prepare someone for the task.

He had to train Soviet agents to talk, think and act, even subconsciously, like the regular American, Brit, German or Frenchman they would become from the moment they touched down on foreign soil.

KGB agents in the US and elsewhere would wander around cemeteries in search of children who had died that would have been a similar age as recruits being trained. It was a useful way to steal a real identity in a pre-internet age.

A detailed “legend”, or biography, would be devised, and a birth certificate printed. Churches would be paid off to erase the death record.

It was expensive, painstaking work. Some would-be illegals were trained for years, but ultimately judged unsafe to deploy.

Speaking Russian in one’s sleep was grounds for a promising recruit to be dismissed.

Britain wants a ‘way out’ of the Julian Assange standoff, says Ecuador — Guardian

Britain is interested in finding a solution to the standoff that has led to WikiLeaks founder Julian Assange being holed up in Ecuador’s London embassy for five years, the foreign minister of the South American country has said.

In May, Sweden dropped an investigation into rape allegations that led Assange, 45, to seek asylum in the embassy in 2012, but British police said he would still be arrested if he left the building.

The United Kingdom wants a way out, but evidently that is in the hands of the UK justice system, they have their procedures, their ways,” the minister, Maria Fernanda Espinosa, told reporters on Thursday. “This opening has been there, and we are working on it.“

The Secrets Of The Spy In The Bag — BuzzFeed

After the dead body of an MI6 spy was found locked in a sports bag in London, police said the death was “probably an accident” – but British and American spy agencies have secret intelligence suggesting Gareth Williams may have been assassinated over highly sensitive work on Russia.

A British spy whose naked body was found decomposing in a padlocked sports bag in his bathtub is among at least 14 people suspected of having been killed by Russian assassins on British soil, BuzzFeed News can reveal.

Police declared the death of Gareth Williams “probably an accident” – but British intelligence agencies have been secretly communicating with their American counterparts about suspicions that the spy was executed by Russian assassins, four US intelligence officials told BuzzFeed News.

An ongoing BuzzFeed News investigation has revealed that British and American spy agencies have intelligence connecting a string of suspected assassinations in the UK to Russian state agents or organised criminals – who sometimes cooperate. One high-ranking US intelligence source said: “The Kremlin has aggressively stepped up its efforts to eliminate and silence its enemies abroad over the past couple of years – particularly in Britain.” A second serving official said the circumstances of Williams’ death and 13 others “suggest Russian involvement” and demand “more investigation from the UK”. In all 14 cases, police ruled out foul play while intelligence agencies secretly compiled information connecting the deaths to Russia.

Williams, a 31-year-old codebreaker for Britain’s Government Communication Headquarters (GCHQ), had been assigned to MI6, and in the months before his death, sources said, he was working with the US National Security Agency. Two senior British police sources with direct knowledge of the case said some of his work was focused on Russia – and one confirmed reports that he had been helping the NSA trace international money-laundering routes that are used by organised crime groups including Moscow-based mafia cells. The NSA did not respond to requests for comment.