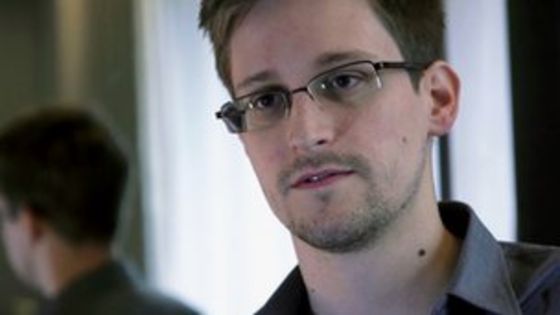 A lengthy parliamentary report on American intelligence activities in Germany was presented last week in Berlin, but was condemned by opposition parties as insufficient and incomplete, prompting calls for a new investigation. The parliamentary probe was initiated in 2013, following a series of revelations by Edward Snowden, a former employee of the United States Central Intelligence Agency and National Security Agency who defected to Russia. Snowden alleged that both agencies spied on Germany, with the NSA going so far as to eavesdrop on the personal telephone communications of German Chancellor Angela Merkel.

Last Wednesday, after three years of work, the parliamentary committee, known officially as the “German Parliamentary Committee Investigating the NSA Spying Scandal”, presented its findings to the Bundestag. They consist of thousands of pages of technical details concerning interception methods and capabilities. However, the final report fails to draw concrete conclusions, and its concluding section does not reflect a consensus among the committee’s members. The section begins by noting that, “unfortunately, despite an initial shared conviction by all parliamentary groups about the need for the investigation, substantial disagreements emerged between the governing and opposition groups, concerning the methodology and goals of the committee’s work”.

Three years ago, video emerged of the leader of so-called Islamic State (IS), Abu Bakr al-Baghdadi, commanding allegiance in a sermon at the Great Mosque of al-Nuri in Mosul. The Iraqi city had been freshly captured by the jihadist group and a “caliphate” declared.

At the time, IS controlled a region the size of the United Kingdom – but since then a global war against the jihadists has sent them into retreat, and the whereabouts of Baghdadi – a man with a $25m US bounty on his head – are a mystery.

On the third anniversary of Baghdadi’s first – and last public – public appearance, IS no longer controls most of the land it once held and its leader has been conspicuously silent since addressing followers in a recorded audio message last November, after the battle to dislodge the group from Mosul began.

Amid this silence, unconfirmed reports of Baghdadi’s death have recently surfaced. Russia’s deputy foreign minister said it was “highly likely” Baghdadi was killed in a Russian air force strike on Raqqa on 28 May, and an Iranian official asserted last week that he was “definitely dead”. However, both claims were questioned by American officials.

According to a recently uncovered memo in the CIA’s Kissinger archive, Jack Anderson let word of Bob Woodward’s investigation slip to the National Security Council.

While brief, the memo from Brent Scowcroft to Al Haig made it clear that as a result of Anderson’s loose lips, the NSC was alerted to Woodward’s latest investigation into the Nixon pardon.

Snowcroft’s ambiguously-worded memo is unclear about who Anderson had been speaking to, simply stating that it was “a couple of people.” It goes on to state that Woodward is in Europe at the time, “looking further into the matter of the Nixon pardon,” and “according to the Anderson story, he has been in touch with you.” While the presumption is that “he” referred to Woodward and not Anderson, there’s no doubt that “you” referred to General Haig.

A report on the foreign funding of extremism in the UK was given to Downing Street last year, it has been revealed, but Theresa May is still to decide whether to make its findings public.

The Green party co-leader, Caroline Lucas, said the delay in publishing the Home Office investigation, believed to focus on Saudi Arabia, “leaves question marks over whether their decision is influenced by our diplomatic ties”.

Since the beginning of her premiership, May has sought to deepen the UK’s relationship with the Gulf, visiting Saudi Arabia as one of her first trips after triggering the formal Brexit process in March, a highly symbolic move.

Whether it’s latest manoeuvring in global politics or the ‘and finally’ story that’s going viral, you’ll be bang up-to-date with the news that counts

The whereabouts of the report into foreign funding of extremism and radicalisation in the UK became a controversial issue in the final days of the general election after the terror attacks in Manchester and London Bridge.

It was commissioned by David Cameron and approved by May as part of a deal with the Liberal Democrats to secure the party’s support before a crucial vote on airstrikes in Syria in December 2015.

In written answers to Lucas this week, both the Home Office and Downing Street said the prime minister was personally responsible for deciding whether to release the report.

This entry was posted in INTEL DIARY and tagged Abu Bakr al-Baghdadi, Bob Woodward, Germany, IS, Jack Anderson, Nixon pardon, NSA, Prime Minister Theresa May, report on the foreign funding of extremism in the UK, Snowden. Bookmark the permalink.