One Year Ago — And the Next CIA Boss is…

“My training as an intelligence officer taught me to call it as I see it. This is what I did for the C.I.A. This is what I am doing now. Our nation will be much safer with Hillary Clinton as president.” 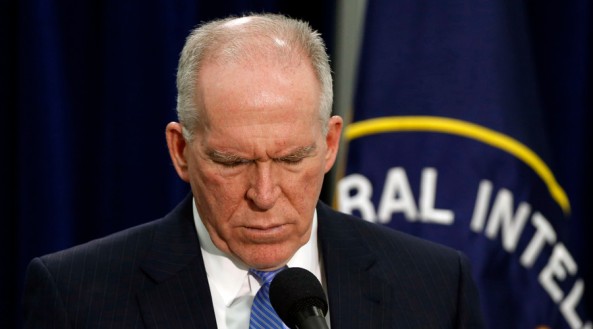 Besides John Brennan — the current CIA Director since March 2013 — two serious contenders have emerged for the top job at the Agency. Michael Morell, a former deputy and acting CIA director, as well as Michael Vickers, a former CIA officer and undersecretary of defense for intelligence, are widely considered leading candidates. Follow us on Twitter: @INTEL_TODAY

UPDATE — One year ago on this day, I wrote: “At this point in time, Clinton enjoys a margin of 5 to ten points lead over Trump. Assuming no “October surprise” — a pretty unsafe assumption — Hillary is likely to be the next POTUS.” Brownie point for this one!

Next… As soon as I read the letter of Michael Morell, I had a feeling that something terribly wrong had occurred.  A former deputy and acting CIA director was clearly trying to influence the US presidential campaign. Most Western democracies would not allow such behaviour from a high level former Intelligence official. Morell not only endorsed officially one candidate but he slandered the other candidate!

“On Nov. 8, I will vote for Hillary Clinton. Between now and then, I will do everything I can to ensure that she is elected as our 45th president. (…)

Donald J. Trump is not only unqualified for the job, but he may well pose a threat to our national security.”

In writing these words, Morell played straight in the hands of those Americans who believe that the “Deep State” is behind every conspiracy. Putin may have tried to influence the 2016 US election. We don not know that yet. So far, the evidence is simply not there. [If such evidence exists, it was simply not presented to the American people.] But, it is undeniable that several CIA Directors did all they could to discredit Trump and help get HRC elected. That was wrong as it is not their job to vet a presidential candidate and argue politics. Their improper behaviour may very well have had an unintended consequence on the election. Again we do not know… and perhaps, we will never know.  David Ignatius wrote a few days ago that: “Intelligence today is politicized, perhaps more than at any time in our history.” That is right, of course. But who fired the first shot of this miserable “quasi civil war”? END of UPDATE

On the plus side, Brennan is very knowledgeable about the drone program that the  next POTUS will inherit as Obama is unlikely to end it.

However, he is not popular among Democrats. First, he is directly linked to the CIA program of rendition and torture of high-value terrorists. Second, Senator Feinstein – and others – has certainly not forgotten, let alone forgiven, that the agency had been monitoring their database searches during an oversight investigation into CIA black sites.

Michael Joseph Morell was the deputy director of the Central Intelligence Agency and served as acting director twice, first in 2011 and then from 2012 to 2013. 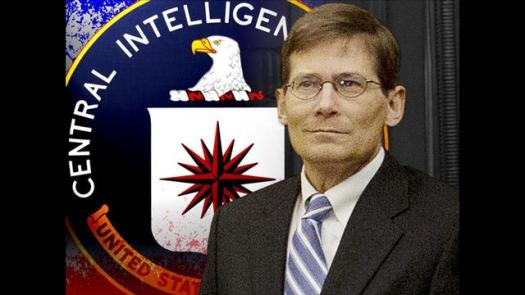 This is what he wrote a few days ago:

On Nov. 8, I will vote for Hillary Clinton. Between now and then, I will do everything I can to ensure that she is elected as our 45th president.

Two strongly held beliefs have brought me to this decision. First, Mrs. Clinton is highly qualified to be commander in chief. I trust she will deliver on the most important duty of a president — keeping our nation safe. Second, Donald J. Trump is not only unqualified for the job, but he may well pose a threat to our national security.

I spent four years working with Mrs. Clinton when she was secretary of state, most often in the White House Situation Room. In these critically important meetings, I found her to be prepared, detail-oriented, thoughtful, inquisitive and willing to change her mind if presented with a compelling argument.

I also saw the secretary’s commitment to our nation’s security; her belief that America is an exceptional nation that must lead in the world for the country to remain secure and prosperous; her understanding that diplomacy can be effective only if the country is perceived as willing and able to use force if necessary; and, most important, her capacity to make the most difficult decision of all — whether to put young American women and men in harm’s way.

Mrs. Clinton was an early advocate of the raid that brought Bin Laden to justice, in opposition to some of her most important colleagues on the National Security Council. During the early debates about how we should respond to the Syrian civil war, she was a strong proponent of a more aggressive approach, one that might have prevented the Islamic State from gaining a foothold in Syria.

In sharp contrast to Mrs. Clinton, Mr. Trump has no experience on national security. Even more important, the character traits he has exhibited during the primary season suggest he would be a poor, even dangerous, commander in chief.

Michael George Vickers (born April 27, 1953) is an American defense official who served as the Under Secretary of Defense for Intelligence (USD-I) within the United States Department of Defense. 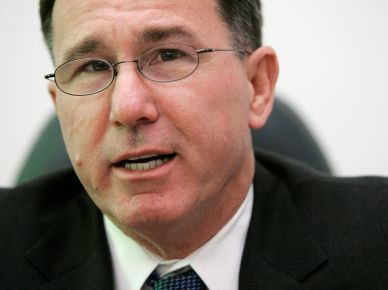 Before joining the Defense Department, Vickers served in the Army Special Forces as both a non-commissioned and commissioned officer, as well as a Central Intelligence Agency (CIA) paramilitary operations officer from their elite Special Activities Division. While in the CIA, he played a key role in the arming of the resistance to the Soviet invasion of Afghanistan.

At this point in time, Clinton enjoys a margin of 5 to ten points lead over Trump. Assuming no “October surprise” — a pretty unsafe assumption — Hillary is likely to be the next POTUS.  Although she could pick an outsider (A woman — Jane Harman? — would be a revolutionary move), Brennan, Morell and Vickers are the most likely choice.

Unlike her husband, she will need a working relationship with the CIA. At this moment, it would seem that she would keep Brennan for a while, in order to benefit from his knowledge and to give him some time to terminate some controversial programs. (At least officially.)

After that, Michael Morell will probably take the helm of the Agency. For better or worse…

Back in February 1987, during the confirmation hearings as CIA Director, Robert Gates was repeatedly accused of being a yes-man only too willing to accept the poor judgment of his superiors. (The Iran-contra scandal had just erupted.)

”Sycophants can only rise to a certain level. There is an ample supply of them in this town, and they only go so far.”

Maybe. But I am not so sure. Indeed, several former CIA analysts have expressed great concerns about Michael Morell’s past performance and current behaviour. You may want to read the analysis of Ray McGovern and Philip Giraldi.

Obama’s CIA Director Wants to Stick Around for Clinton

Could Pentagon’s Vickers Be Next CIA Director?

And the Next CIA Boss is…

One Year Ago — And the Next CIA Boss is…