“The scandal reaches new proportions when spies sign up informers in the finance administration, in order to spy on successful NRW [North Rhine-Westphalia ] tax investigators and play into the hands of people who make billions in profit at the expense of society. It’s hard to believe that such a spy thriller took place not on the screen but on our own doorstep.” 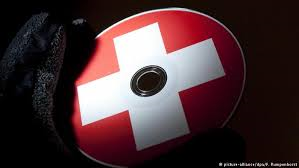 On Tuesday (June 27 2017), a German court rejected a request to release Daniel M. — a Swiss man being held on suspicion of spying. The alleged Swiss spy was arrested in a Frankfurt hotel on May 5 2017 . He is suspected of monitoring German tax investigators. Follow us on Twitter: @INTEL_TODAY

UPDATE — German prosecutors have opened proceedings against three members of the Swiss secret services for allegedly spying on their neighbour. The move could further sour relations between the two countries, which have been damaged by an ongoing stolen bank data scandal. [SwissInfo]

The Tages Anzeiger and Süddeutschen Zeitung newspapers reported on Monday that three personnel at the Swiss Federal Intelligence Service (FIS) have now been targeted by German prosecutors. They are alleged to have helped Daniel M carry out his work as a double agent.

Unlike Daniel M, none of the trio have been detained, but media speculates that they could be arrested if they leave Switzerland.

Switzerland responded to the arrest by issuing arrest warrants for a number of German tax investigators. But Germany dismissed the move, saying it would refuse to comply with the warrants.

German foreign minister Sigmar Gabriel has described the ongoing episode as “incredible” and warned it could “wreck” the relationship between the two countries.

RELATED POST: Dr A. Q. Khan: The Bomb, the Swiss and the CIA

RELATED POST: Blast From The Past: The NSA – CRYPTO AG Sting

The Federal Supreme Court in Karlsruhe ruled that Daniel M. — 54-year-old — must remain in custody, a spokesperson of the Attorney-General’s Office told Swiss media.

“The arrest warrant is maintained and will be kept in place,” the spokesperson told news agencies, confirming an online report by SRF.

Last week, his lawyers had called for the arrest warrant to be lifted. In a written statement submitted to the Karlsruhe court, the defence lawyers said Daniel M. had received “occasional small orders” from the Swiss Federal Intelligence Service (FIS) but that these were of “secondary” importance and the information gathered did not go against German interests.

The man was tasked with identifying German tax investigators who purchased CDs containing details of bank account holders in foreign tax havens such as Switzerland. [The Local]

The state of North Rhine-Westphalia alone has spent millions of euros on at least 11 CDs containing information on German citizens with Swiss bank accounts.

On Tuesday May 9 2017, the FIS defended its efforts to prevent the theft of Swiss business secrets, but declined to comment directly on the Frankfurt arrest.

“When someone in Switzerland uses illegal methods in Switzerland to steal state or business secrets, that is espionage, and we have the task to fight that.”

At some point, Switzerland’s intelligence chiefs seem to have concluded that the Germans had gone far enough and decided to investigate the theft of data from Swiss banks.

Who had stolen it, who was selling it and who was buying it on behalf of Germany?

The intelligence service turned to Daniel M, now no longer working for UBS, because – and here is the bizarre twist – he was suspected of dealing with the Germans in stolen banking data.

Long before his arrest in Frankfurt, Daniel M had already been arrested in Zurich as part of an investigation into the theft of bank data.

What happened during that arrest? Was Daniel M “turned” by the Swiss authorities? [BBC]

Germany and Switzerland are reported to have agreed to stop spying on each other.

According to Swiss paper Tages Anzeiger and the German Süddeutsche Zeitung the countries signed a memorandum of understanding in January 2017.

The two countries will inform each other if they intend to carry out clandestine crime surveillance operations on their neighbour’s territory.

“Such cloak and dagger methods are no longer thought to be necessary with Switzerland agreeing to disclose information about tax accounts held by foreigners. Neither country was prepared to comment on the reported no-spying agreement.”

The Swiss, the Germans, and the mysterious case of Daniel M — BBC News

German court on Tuesday rejected a request to release a Swiss man being held on suspicion of spying.  — The Local