“Since the second quarter of 2014, Europe has been facing a large migration wave from the Middle East, Sub-Saharan Africa and Maghreb. In 2015, more than a million refugees arrived in Europe. Their arrival had a negative impact on public order and on security and administrative procedures both in countries along the main migration routes and in destination countries. The Czech Republic is located in a heavily transited area of Central Europe and is faced by the same migration threats as France, Belgium and Germany.”

The Security Information Service (BIS) (Czech: Bezpečnostní informační služba), is the primary domestic national intelligence agency of the Czech Republic. You can read its Annual Report for year 2015. Follow us on Twitter: @INTEL_TODAY

UPDATE — The BIS 2016 annual report has not yet been published. I will provide a summary as soon as it is available. END of UPDATE

The BIS headquarters is located in Stodůlky, Prague 5. The Security Information Service reports directly to the Government, Prime Minister and President of the Czech Republic and is overseen by the Special Review Committee of the Chamber of Deputies. [WIKIPEDIA] 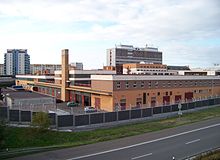 BIS is responsible for acquiring, collecting and evaluating information concerning:

– activities jeopardizing the security or major economic interests of the State

– integrity of the Czech Republic

Threats posed to major economic interests in 2015 were similar to those in previous years and were characterized by negative consequences of errors made in the past. Poorly set contract conditions accepted by some state entities in various sectors (energy industry, banking, road transport, ICT) are a major issue. Some of these contracts were signed more than 10 years ago.

Dysfunction in public administration is one of the main consequences of modern organized crime. In 2015, the BIS detected a number of cases of central and regional dysfunction.

In 2015, Chinese and Russian intelligence services were the most active in the Czech Republic.

Chinese diplomatic, intelligence and economic entities focused on drawing on their success from 2014 and actively worked on extending and maintaining Chinese influence in Czech politics and economy.

In 2015, Russian activities focused on the information war regarding the Ukrainian and Syrian conflicts and on political, scientific, technical and economic espionage (especially efforts to exploit duped Czech individuals to gain access to Czech and European subsidies).

2.4. Protection of the Constitutionality

In 2015, the BIS did not identify any activities posing a specific direct threat to the democratic foundations of the Czech Republic from the perspective of an intelligence service. Extremists tried to address the broader public and secure public support for their views. A more serious new trend is the ability of extremists to overcome disagreements, personal and ideological differences and cooperate in certain cases.

National and international cooperation, mutual exchange of information and trust between intelligence services and other security authorities of the democratic world are integral for the fight against international terrorism. Cooperation regarding the fight against terrorism is highly effective and functional; however, the unfortunate choice of words sometimes creates an inaccurate notion of this cooperation, its quality and results. In recent years, the BIS has been exchanging tens of thousands of requests for information and responses to these requests with its national and international partners. Security authorities (including the BIS) exchange information and screen natural and legal persons for the purposes of projects falling under the remit of other state bodies (e.g. the Ministry of the Interior or the Foreign Ministry). The goal is to support the state and the state’s efforts to protect the interests of the Czech Republic and its citizens and to limit or completely eradicate security threats.

The dramatic developments in 2015 led to the worsening of the security situation in EU and Schengen Member States, including the Czech Republic. The Paris terrorist attacks and all related events became the main impulse for the work of all cooperating intelligence services. The BIS worked with its partner services on mapping the travels of confirmed, suspected and potential attackers. The screening of the names of thousands of extremists revealed that in 2015 some of them transited via the Czech Republic on their travels between the Middle East and Western Europe. Set in a wider context it is clear that a potential threat of a terrorist attack conducted by Islamist jihadists linked to the so-called Islamic State (IS) or to the Al-Nusra Front (the Syrian branch of al-Qaeda) is present also in the Czech Republic.

2.6. Proliferation of Weapons of Mass Destruction

North Korea and Iran – the countries posing the gravest proliferation threats – continued to seek engineering devices, special materials, technologies or know-how falling under the category of internationally controlled goods. International sanctions prevented direct exports of such goods to North Korea and Iran and the transfer of payments for such trade deals with the two countries.

As in previous years, the BIS informed the Czech Ministry of Foreign Affairs about attempts to exploit Visapoint – an information system enabling foreigners to schedule an appointment at Czech embassies online. Visapoint has been a long-term target of cyberattacks. Individuals and groups have been using automated tools to override the registration procedure in order to secure financial benefit by selling the occupied appointment dates. These activities significantly affect the good name of the Foreign Ministry and the Czech Republic.

Annual Report of the Security Information Service for 2015

This entry was posted in BIS CZECH and tagged BIS Czech Republic. Bookmark the permalink.