“To what extent can a democracy lie to its citizens and still, in the end, remain a democracy?

I believe what separates us from dumb animals is that we pursue, maybe we don’t achieve it, but we pursue certainty. It’s a goal. A dream. To deny that importance of that goal or that dream is unspeakable. Where would we be without it? We’d be out in the jungle having various temper tantrums like the president of the United States.” 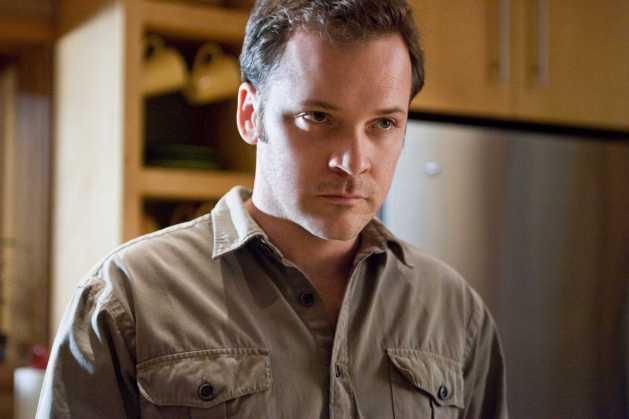 Wormwood is based on a true story and explores the mysterious death of Cold War-era military scientist Frank Olson (played by Sarsgaard) and his son’s tireless efforts to uncover the truth. In 1953, Frank Olson was recruited to be part of a secret biological warfare program cryptically referred to as Project MKUltra. The miniseries is blending long-form documentary interview with a dramatic reconstruction of pivotal scenes.

Errol Morris, one of the most acclaimed and influential documentarians of all time, is back with a project unlike anything he has ever done before. Wormwood, told in six parts, deals with CIA mind-control experiments in the 1950s and the infamous death of US Major Frank Olson. Follow us on Twitter: @INTEL_TODAY

UPDATE (September 4 2017) — Morris spoke with Variety about his passion for truth-finding, the virtues of working with Netflix, and why he wanted to do something radical with his latest series.

How did the CIA’s involvement complicate solving the mystery of Frank Olson’s death? Presumably they’re good at covering their tracks.

You’re always hoping to find something definitive in a sea of confusion, error, misdirection. But you wonder whether you ever can find something out given there’s so many people out there who want to prevent you from doing so. The CIA is there to obfuscate, not elucidate.

I wrote this book called “Wilderness of Error,” about the Jeffrey MacDonald case. It always surprises me that people never link my books with my movies, because the two are closely connected. I have another book coming out at the end of the year called “The Ashtray: The Man Who Tried to Abolish Reality.” It is an essay on truth and our attempts to deny truth, in particular. “Wilderness of Error” is a story about a murder case where in the end I admit I can’t prove Jeffrey MacDonald is innocent. I don’t believe that any of the court cases have proved his guilt except in some technical way, but I believe this case is a horror show for a detective. The detective can’t in the end prove the defendant’s innocence, even though I believe he is innocent.

Does the story at the heart of “Wormwood” defy a definitive conclusion?

In the case of Frank Olson, there’s a strong and growing feeling that he was murdered at the behest of the CIA. Can I prove it? Maybe I can be very close to proving it. When people write detective fiction that’s always the assumption, that some definitive proof will be forthcoming. You don’t want to end in a miasma. You want to end somewhere, you want to have your feet on solid ground. There are two mechanisms that I feel really powerfully in the story — the mechanism of moving toward the proof of a murder and the mechanism of trying to deny that fact. Maybe that’s what the world consists of.

Given how much of your career has been about fact-finding, are you dismayed by the “fake news” era?

We live in a world where people are denying truth. You have someone like Kellyanne Conway saying, “alternative facts.” That’s what my new book is about — the corruption of post-modernism. The belief there’s a truth for you and a truth for me, as opposed to just truth, period. I’m a truth, period person. I believe what separates us from dumb animals is that we pursue, maybe we don’t achieve it, but we pursue certainty. It’s a goal. A dream. To deny that importance of that goal or that dream is unspeakable. Where would we be without it? We’d be out in the jungle having various temper tantrums like the president of the United States.

Do you see “Wormwood” as a conspiracy thriller?

I do not. I think it’s much more interesting than that. How many discussions have I had with people about Oliver Stone’s “JFK,” which I would describe as a perfect example of a conspiracy thriller. We learn at the end of it that everyone’s in the conspiracy, perhaps even Earl Warren, the chief justice of the U.S. Supreme Court. Conspiracies are for people that want certainty. There’s some kind of satisfaction that comes with a conspiracy. What I’m trying to capture is the agony of investigation and the pursuit of truth. Maybe there are conspiracies. I’m not going to say people never conspire with one another to do one thing or another. This is a story of a coverup, of a murder, of the pursuit of truth without the guarantee that the truth can be proved.

Yes, and that’s a good thing. Form exists to be played around with. There used to be a documentary police that said, “no, you can’t do this. No, this isn’t proper.” I’ve always hated it and I’ve never agreed with it, but I think they’re growing weaker. I’ve never believed that style guarantees truth. I’ve never believed that because I’m running around with a handhold camera and available light that I’m making something that’s more truthful.

RELATED POST: One Year Ago — MK-ULTRA in Popular Culture

“The story of the CIA program MK-ULTRA is definitely one of these truly bizarre episodes of the cold war.

The circumstances of the highly suspicious death of former CIA scientist Dr. Frank Olson should be better known to the Americans.

I plan to write a post about this affair… Is this an old story? A recent MIT experiment shows that people’s mind — and therefore decisions –can be affected by electromagnetic waves. When exposed to GSM-like radiations, the subjects systematically display lower moral standards.

Officially MK-ULTRA has been shut down. Not everyone is convinced.”

I am therefore delighted by the news of a miniseries/documentary about the circumstances of Major Frank Olson’s death.

Morris has issued the following statement about the series, alluding to its timely political spin:

Here we have the story of one man’s sixty-year quest to identify the circumstances of his father’s death. Did he jump from a hotel window? Or was he pushed? And if he was pushed, why? What for?

A shadowy world of hidden and imagined intentions coupled with dark and horrifying revelations. In many ways, a personal family story, but in many other ways, a story of America’s decline in the period following World War II.

It asks the question: To what extent can a democracy lie to its citizens and still, in the end, remain a democracy?” [The Hollywood Reporter ]

In rural Maryland, he was covertly dosed with LSD by his CIA supervisor and, nine days later, plunged to his death from the window of a New York City hotel room. Some — including the U.S. government — term his death a suicide, while others allege murder. [Wikipedia]

Witness the untold true story of the CIA, LSD experiments, mind control, and the death of a family man. Wormwood, only on Netflix December 15.