9/11 — Former CIA Boss John McLaughlin: “So, that’s it.” [The State of Intelligence Today]

“I typed a single sentence, a memo to myself: Nothing will ever be the same.” 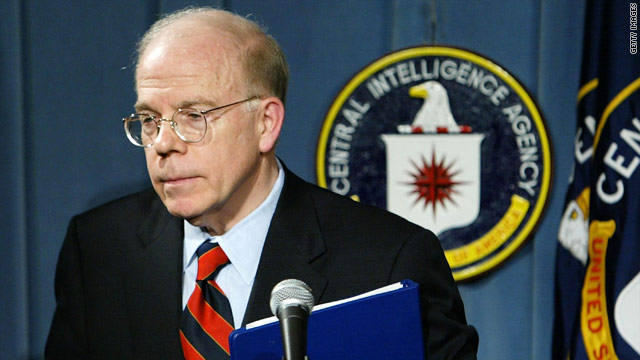 “The hijacked planes hit the twin towers at 8:46 and 9:03 a.m. and the Pentagon at 9:37. Around 10 a.m., we moved out of our headquarters, in Langley, Virginia, to an adjacent structure; we assumed that our building was also a target.” Follow us on Twitter: @INTEL_TODAY

MCLAUGHLIN: “Well, I wrote two sentences in that first week, actually in the first day. The last plane hit at 9:37, the Pentagon. And, you know, apart from the horror that we all experienced, at CIA our reaction was “So that’s it,” because we had been anticipating an attack all that summer. And we had talked to the White House about it and we’d talked about it publicly. But we had been unable to find the evidence of time, target, method. But we were expecting an attack. “So that’s it.” That was our first reaction.

The second thing I wrote at the end of that first day, at about 10:00 p.m., I just turned to my computer and wrote a memo to myself. The one sentence said, “Nothing will ever be the same.” And that certainly has proven to be prescient.”

“All summer long, we had been monitoring an upsurge in threat reporting, anticipating an attack and seeking to thwart it. We had warned of the growing danger both in public testimony and in private meetings at the White House.

But we did not have hard intelligence on the specific timing, target or methodology of the attack. So while we were surprised by specific events of the day, we were not surprised that an attack had finally occurred. (…)

So the sentence I wrote on that chaotic night 15 years ago may be the most prescient thing I’ve ever written. Since Sept. 11, 2001, nothing has been the same — for the CIA or for the United States.” [Transcripts]

The subsequent months and years brought dramatic changes to the CIA: new resources, new authorities, a closer integration with the U.S. military and an entire generation of officers socialized in war. It also brought new dangers.

When an officer is killed in the line of duty, the CIA carves a star in the marble wall of its headquarters lobby. There are 125 stars; one-third of them have been carved since 9/11.

The recently declassified “28 pages” document certainly raises disturbing questions about the role that some individuals from Saudi Arabia played in these attacks.

The State of Intelligence

Experts discuss developments in counterterrorism and intelligence gathering in the past fifteen years, including lessons learned since the September 11, 2001 terrorist attacks.

The Day It All Began

9/11 — Former CIA Boss John McLaughlin: “So, that’s it.” [The State of Intelligence Today]