One year Ago — Bob Woodward: “Trump Dossier Is a Garbage Document. Intelligence Chiefs Should Apologize to Trump”

“To your request of my opinion of the manner in which a newspaper should be conducted so as to be most useful, I should answer, ‘by restraining it to true facts and sound principles only.’ Yet I fear such a paper would find few subscribers. It is a melancholy truth, that a suppression of the press could not more completely deprive the nation of its benefits, than is done by its abandoned prostitution to falsehood. Nothing can now be believed which is seen in a newspaper. Truth itself becomes suspicious by being put into that polluted vehicle. I will add that the man who never looks into a newspaper is better informed than he who reads them; inasmuch as he who knows nothing is nearer to truth than he whose mind is filled with falsehoods and errors. He who reads nothing will still learn the great facts, and the details are all false.”

Thomas Jefferson — Reply by the U.S. President to John Norvell, 1807 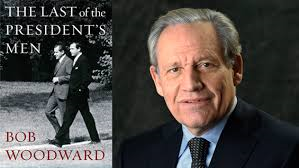 January 24 2017 — On this weekend’s broadcast of “Fox New Sunday,” veteran journalist Bob Woodward said the unverified dossier about President-elect Donald Trump and Russia is a “garbage document”. Follow us on Twitter: @Intel_Today

Mr Putin also said the ‘Trump Memos’ are clearly fakes, published to undermine the legitimacy of the elected president.

“When Trump came to Moscow, he was not a political figure, we were not even aware of his political ambitions,” Mr Putin said.

“Does somebody think that our secret services are chasing every American billionaire? Of course not. It is utter nonsense.”

“I find it hard to imagine he [Mr Trump] ran to a hotel to meet our girls of ‘low social responsibility’… though they are of course also the best in the world. But I doubt Trump took that bait.”

“At the same time that Mr. Trump continues to exhibit paranoia about American intelligence agencies, he displays a trust verging on gullibility in the mendacious and murderous government of Mr. Putin.

Well, yes, of course Russia said that. But why should anyone believe what Mr. Putin says?” [NYT]

Woodward did not mince his words about the “Trump Dossier”.

“That is a garbage document. It never should have been presented in — as part of an intelligence briefing.”

“I think what is under reported here is Trump’s point of view on it. You laid it out when those former CIA people said these things about Trump, that he was a recruited agent of the Russians, and a useful fool, they started this in Trump’s mind, He knows the old adage, once a CIA man, always a CIA man.”

“No one came out and said those people shouldn’t be saying those things, So act two is the briefing when this dossier is put out.”

Woodward is entirely correct. Three former CIA Directors have, time and again,  ridiculed Trump in the media during the political campaign.

Mike Morell called Trump a ‘unwitting (Russian) agent’. Michael Hayden refered to Trump as a ‘Useful idiot’ as well as a  “clear and present danger” to America while Leon Panetta accused him of treason and incompetence.

Intel Today told you so!

The readers of this blog were well aware that these attacks — unacceptable in a democracy — would soon or later backfire. Let us go back over a few facts…

“As for the clincher about Trump being a Moscow run Manchurian candidate, I would suggest that Morell might have been a top analyst at the Agency but he never acquired or ran an actual spy in his life so his comments about The Donald having been recruited by Putin should be taken for what they are worth, which is precisely nothing.”

In an opinion piece in the Washington Post, just before the election, Hayden called Trump “Russia’s useful fool.” He says he came to that conclusion after analyzing what the Trump campaign had said and not said. The “polezni durak” or “useful idiot” was a concept from Soviet times, Hayden writes, some naïve soul who’s “manipulated by Moscow, secretly held in contempt, but whose blind support is happily accepted and exploited.”

“I have a lot of concerns of his qualities of leadership or lack thereof. That kind of statement only reflects the fact that he truly is not qualified to be president of the United States.”

RELATED POST: Ex CIA Boss: Trump is not qualified to be POTUS

And yet, the NYT suggests that…

“There is only one way to get to the bottom of this tawdry affair: Appoint a bipartisan, 9/11-style commission to investigate all of the allegations and issue a public report.

The former C.I.A. directors Leon E. Panetta and Michael V. Hayden, among other possible choices, would provide instant credibility if they were appointed to lead such a panel.”

Woodward: “You make mistakes, you apologize.”

“I’ve lived in this world for 45 years where you get things and people make allegations, that is a garbage document,” Woodward continued.

“It never should have been presented as part of an intelligence briefing.

I think if you look at the real chronology and the nature of the battle here, those intelligence chiefs who were the best we had, who are terrific and have done great work. I think they made a mistake here. And when people make mistakes, they should apologize.”

On Fox News Sunday, Bob Woodward calls the Russia dossier on Donald Trump a ‘garbage document’ and says the heads of the intelligence agencies who briefed on it should apologize.

One year Ago — Bob Woodward: “Trump Dossier Is a Garbage Document. Intelligence Chiefs Should Apologize to Trump”