“This is not something you can do without legal support, congressional support and public support, and that support does not exist.”

January 28 2017 — On Wednesday (25 January 2017), it was revealed  that the White House was planning to issue an executive order to study whether or not the CIA should revive the network of secret prisons. President Trump also said he would ‘absolutely’ bring back banned interrogation methods like waterboarding. Follow us on Twitter: @Intel_Today

RELATED POST: Who Tortured Giulio Regeni to Death? And Why? [UPDATE]

The news caught many by surprise including Mr Trump’s cabinet members James Mattis and Mike Pompeo as well as his European allies.

The draft of the executive order

“Specifically, the draft order would revoke two executive orders about detainees that Mr. Obama issued in January 2009, shortly after his inauguration.

One was Mr. Obama’s directive to close the Guantanamo prison and the other was his directive to end C.I.A. prisons, grant Red Cross access to all detainees and limit interrogators to the Army Field Manual techniques. 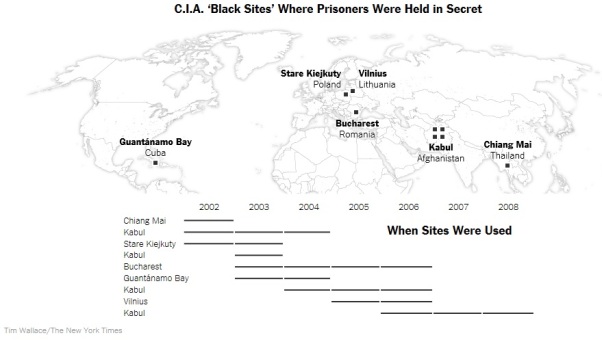 Theresa May has indicated that the UK could stop working with US intelligence agencies if they adopt torture techniques for extracting information from suspects.

“We do not sanction torture and we do not get involved in it. That will continue to be our position.”

RELATED POST: Ex-CIA Sabrina De Sousa to be Extradited to Italy in 24 Hours

CIA director, Mike Pompeo, was “surprised” by a report of a draft executive order directing the agency to reexamine the use of interrogation techniques that are legally considered torture.

When asked by Senator Dianne Feinstein if he would “restart the CIA’s use of enhanced interrogation techniques that fall outside of the Army field manual,” Pompeo replied, “absolutely not.”

But in a series of written responses to senators’ questions, Pompeo did leave the door open for reviving some of the techniques, should experts say their prohibition harmed intelligence gathering — but only if the current laws prohibiting them were changed.

John Kiriakou was charged with leaking information about the interrogation of an Al Qaeda leader and disclosing the name of a CIA analyst involved.

Kiriakou gave an interview on ABC News in 2007 detailing the Bush administration’s use of waterboarding in interrogating terrorist suspects. He was convicted in October 2012 and sentenced to 2 1/2 years in prison.