One Year Ago — Former Mossad chief: “Mike Flynn was very experienced. Maybe, he has been thrown under the bus.”

“Maybe Flynn made a mistake even with no intention, but that can happen to anyone. I don’t think we need to worry that our intelligence will go to Russia.” 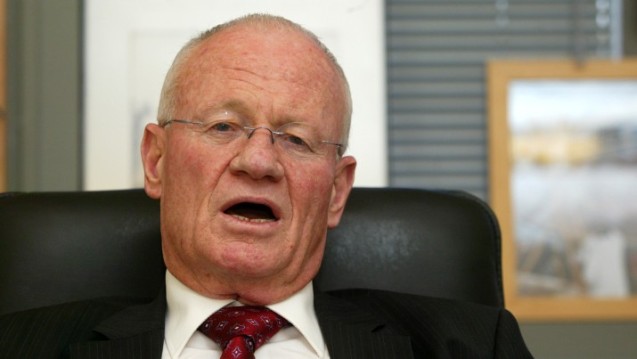 February 19 2017 — Since the election of Mr Trump, various media have reported ‘rumors’ that Israel, the UK, Australia and some European countries might be reconsidering whether they could openly share intelligence with the Trump administration due to the President’s alleged close ties to Putin. So far, these rumors were swiftly dismissed by the experts. But the latest series of news raises to a higher level the issue of whether intelligence shared with the US IC could be leaked to Russia by some members of Trump’s cabinet. Follow us on Twitter: @Intel_Today

RELATED POST: Mike Flynn has resigned. Could an indictment lead to an impeachment? UPDATE 14/02/2017

RELATED POST: WHITE HOUSE: “The president did not yell at the CIA Director.”

On Thursday (February 16 2017), The Wall Street Journal reported that some US intelligence officials are withholding intelligence from Trump because of continued concerns it will be compromised or leaked.

These events have prompted many people around the world to wonder if it is safe to share intelligence with the US IC? [And I can only assume that some are wondering if it is safe to work FOR the US IC…] Former MOSSAD Director Danny Yatom has offered his expert opinion on this matter.

Danny Yatom (born 15 March 1945) is a former Israeli politician who served as a member of the Knesset for Labour. From 1996 to 1998, Yatom was head of the Mossad security service.

Between 1999 and 2001, he served as Prime Minister Ehud Barak’s Chief Of Staff and security advisor. [Wikipedia]

Former Mossad director Danny Yatom stated that  he knew Flynn personally. Yatom believes that — even if Flynn may have violated certain US norms by discussing sanctions relief to Russia before Trump had taken office — he would not have leaked Israeli intelligence information to Russia.

“I don’t think so, from my personal evaluation. Flynn was very experienced. No one thinks he was a Russian spy. He was experienced and smart enough.”

Yatom even speculated that Flynn may have “been thrown under the bus” to protect the US president from fallout.

(Among friends and foes, many believe that Flynn’s discussion of sanctions with Russian officials may have been under orders from Trump.)

Yatom said that Flynn’s dismissal should not have a huge impact on Israeli-US intelligence cooperation.

“Trump has just come into office and top officials tend to have more power and influence after serving with a new leader for at least a year. This allows time to gain his confidence and authorization for various policies.”

Yatom explained that  information meant exclusively for the US goes directly to the CIA or the National Security Agency. Only after it gets to the CIA/NSA, does it get to the president.

“The CIA and NSA don’t need to tell the president and others at the White House who is the source of the intelligence they received – they don’t need to know.

The US president does not know the source of the intelligence.

One Year Ago — Former Mossad chief: “Mike Flynn was very experienced. Maybe, he has been thrown under the bus.”