“The analysis of samples taken at the scene of the April 4 (2017) attack in Khan Sheikhun showed there is no doubt that sarin gas was used”. 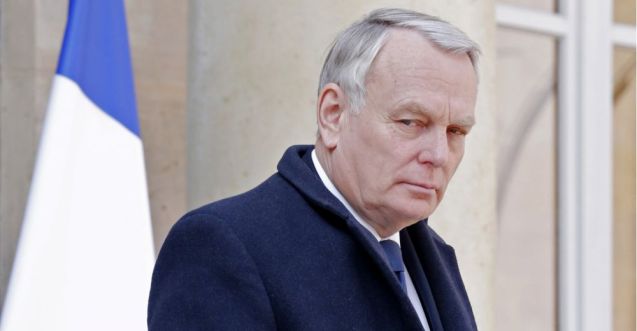 RELATED POST: Former DIA Colonel: “US strikes on Syria based on a lie”

RELATED POST: SYRIA — US to seek No-Fly Zone West of the Euphrates

“There is also no doubt about the responsibility of the Syrian regime given the way that the sarin used was produced,” Ayrault told journalists after presenting a report compiled by French intelligence services.

Ayrault added that the report is declassified and therefore could be shared with the world.

According to the French report, samples from the April 4 attack site and the blood of one of the victims confirmed the use of Sarin.

These samples were compared with the samples from an attack on the northern Syrian town of Saraqeb in April 2013 which the French Intelligence Services blames on the Syrian regime.

The French report establishes that the “Sarin present in the weapons used on April 4 was produced according to the same manufacturing method as that used in the Sarin attack carried out by the Syrian regime in Saraqeb.”

The argument is a bit circular and not everyone is convinced. Some have already dubbed Ayrault as the “French Colin Powell” in reference to the Iraqi WMDs fiasco.

Dmitry Peskov — the Kremlin spokesman — said that Russia would not change its position in light of the French assessment.

“The Kremlin and President Putin still believe that conducting an impartial international investigation is the only way to find out the truth.”

(14 Apr 2017) The French Foreign Minister said on Friday that the priority in solving the situation in Syria is to establish a ceasefire and start a political process.

Jean-Marc Ayrault, who is visiting China, met with his Chinese counterpart Wang Yi on Friday.

Ayrault said during the press conference that Syrian President Bashar Assad’s claims about the chemical weapons attack in northern Syria “are 100 percent lies and propaganda, 100 percent cruelty and cynicism”.

While echoing Ayrault’s comments on the ceasefire, Chinese Foreign Minister Wang Yi said China would like to see an “independent” and “impartial” investigation into the attack which has drawn international outrage.