“I cannot talk about the 2007 incident. It is classified. I risk incarceration. I have a family.”

“If you are contemplating whistleblowing … you’re going to sit there and say, ‘If I go through that system, it will not end well for me. I’m going to lose my career and I’m going to be financially devastated.’” 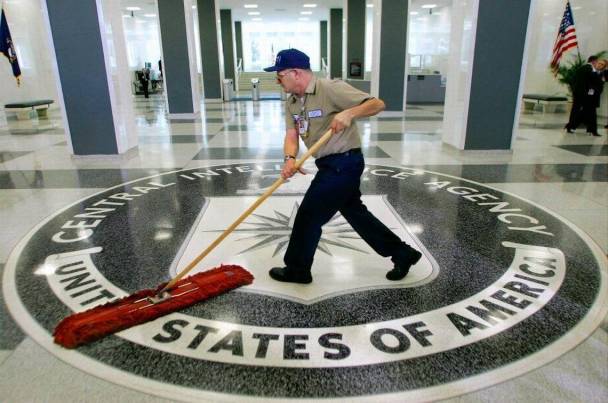 In 2010, John Reidy submitted a complaint to the CIA’s internal watchdog, the Inspector General’s Office. One issue involved what Reidy alleged was fraud between elements within the CIA and contractors. Another issue involved what he called a “massive” and “catastrophic” intelligence failure due to a bungled foreign operation.  UPDATE — On November 3 2018, I posted an updated story of this post.  Follow on Twitter: @INTEL_TODAY

Question: What failed CIA op is Reidy alleging to? It would seem that Reidy discovered that the communication system used by the CIA assets was not secured. Here is what we know about this case.

Two different issues led Reidy in 2010 to submit a complaint to the CIA’s internal watchdog, the Inspector General’s Office. One issue involved what Reidy alleged was fraud between elements within the CIA and contractors.

Another issue involved what he called a “massive” and “catastrophic” intelligence failure due to a bungled foreign operation, according to his 2014 appeal to an office under the director of national intelligence.

My appeal will be broken down into five sections. Section I will be a comprehensive background (timeline) detailing my knowledge of intelligence failures at CIA and the pertinent facts
regarding my whistle blowing and attempts to bring to light these failures as well as significant fraud, waste, abuse, misconduct and mismanagement at CIA. Section II will describe in detail all the acts of retaliation and intimidation I have incurred as a result of my whistle blowing activities. Section III will document shortcomings in the CIA Inspector .General investigations and ~he adjudication status of my security clearance. Section IV will document incorrect data contained in investigative files. In Section V, I will provide reasons why the protection of whistle blowers is paramount in safeguarding the United States and insuring that any fraud, waste or abuse is immediately remedied.

At the time, [Division) (ledger item 6) was critically short-staffed so I assumed the role of a [job 3) (ledger item 7) whose responsibility was to handle the daily administrative functions of running a human asset As a result of my wearing many hats and having many responsibilities, I was given complete access to all operations.

As our efforts increased, we started to notice anomalies in our operations and conflicting intelligence reporting that indicated that several of our operations had been compromised. The
indications ranged from (REDACTED) to sources abruptly and without reason ceasing all communications with us.

Our attempts to decipher these mysterious events were further compounded by resistance from Headquarter’s elements as well as our officers.

While our counter intelligence officers raised concerns about the falsity of these reports, no justification for the reporting was given, no corrective action was ever taken. The senior CI officer requested a transfer over these obvious cover-ups.

Much of the reporting collected was titled “atmospherics” that did not meet the standard of reportable intelligence.

Atmospherics generally consisted of scuttlebutt you could hear on the streets. We still counted this reporting to bolster our metrics – because it was how productivity was determined.

(Redacted) knew we had a massive intelligence failure on our hands. All of our assets were in jeopardy. My boss knew I would say this, he totally agreed but was alarmed I came to the conclusion so quickly. He tasked me with determining what had gone wrong and to devise a plan to mitigate the damages.

To give our compromise context, the U.S. communications infrastructure was under siege.

Once we understood this compromise several of the mysteries we encountered in our operations came sharply into focus. Our operational interests were known.

The damage did not stop with the identification of our humint assets.

It was a recipe for disaster. We had a catastrophic failure on our hands that would ensnare a great many of our sources.

Around 2010, information gathered by the US from sources deep inside the Chinese government bureaucracy started to dry up. CIA informants in China began to disappear. In all, 18-20 in total were killed or imprisoned between 2010 and 2012.

The conclusion is therefore straightforward. Either the CIA had two similar “catastrophic intelligence failures” at about the same time, or else Reidy’s allegations explain why the Chinese CIA assets were caught.

So far, the stories of former CIA officers Jeffrey Sterling and Jerry Lee have been told as if they were disconnected events. And we do not know the exact content of John Reidy’s allegations against the CIA. But the timeline and the context certainly suggest that there may be a connection between these stories.

A whistleblower plays by the rules at CIA, and finds ‘nothing gets done’  by Tim Johnson