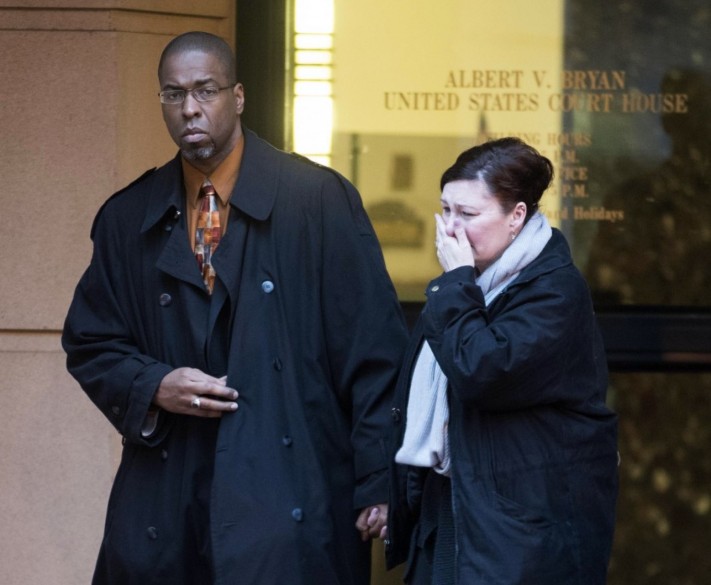 August 26 2016 — Jeffrey Alexander Sterling is an American lawyer and former CIA employee who was arrested, charged, and convicted of violating the Espionage Act for revealing details about Operation Merlin to journalist James Risen. Follow us on Twitter: @INTEL_TODAY

RELATED POST: US Whistleblowers — Test your ‘Spy’ knowledge with our quiz!

I believe that Jeffrey Sterling’s story is very important for three reasons. Firstly, his conviction without direct evidence — The FBI case was built upon metadata — remains very suspicious. In my opinion, the US DoJ went after Sterling — and James Risen — because the CIA was trying to cover a major scandal that grew into a catastrophic failure: the debacle of the CIA in China. This brings me to the second reason.

I believe that John Reidy allegations regarding the flawed “COVCOM” used by the CIA assets to transmit information to their handlers is connected to the lost of the CIA network both in Iran and later China.

Finally, several former US Intel officers told me that they absolutely believe that Jeffrey Sterling was “betrayed” by one of his own lawyer. Stay tuned! END of UPDATE

In May 2015, Sterling was sentenced to 3½ years in prison and thus set for release in 2018. On August 11 2016, Jeffrey Sterling filed a health complaint against Colorado federal correctional institution.

His wife — Holly Sterling — told The Colorado Independent by phone from St. Louis, Missouri, that she worries health issues

In the past few months, Jeffrey Sterling, 49, who says he has a history of atrial fibrillation, has been “subjected to unresponsive and dismissive medical care” at the Colorado federal correctional institution known as FCI Englewood, according to an Aug. 11 complaint he filed. Holly Sterling provided a copy of the complaint to The Independent.

The complaint says Sterling continually suffers chest pressure, shortness of breath, sweating and an uneven heartbeat, but isn’t receiving adequate care, and instead is being told to drink more water. Sterling says he wants outside medical attention. He is asking for his medical records to be transferred from the prison to his wife so she can have them reviewed by a specialist.

FCI Englewood didn’t respond to an email from The Independent, but an executive assistant at the prison told Holly Sterling in writing that all medical problems for which her husband has sought care “have been appropriately addressed and treated.”

Holly Sterling says the prison’s response to her inquiries have contained inaccurate information, such as dates for incidents.

August 19 2016 — There is now however a bit of good news for Holly and her husband. Prison officials say that they will consider having a cardiac specialist see her husband. That is good news. Still, it may take up to a month for that to happen… Here the last message that Holly Stirling posted:

“Today, I received an encouraging telephone call from my beloved husband Jeffrey. He informed me that he was called to the Health Services Department this morning by the attending physician. Jeffrey and the physician discussed his prior EKG results and blood test.

The physician is making a request for a consultation with an outside cardiac specialist. Per the physician, the approval can take up to 30 days, and if the request is denied, he will appeal the decision. In the meantime, Jeffrey has a follow up appointment with the attending physician on August 29th at 3pm.”

A website has been set up to keep people informed. It is possible to make a donation to help Jeffrey’s family to ease the ongoing financial burdens they face. The fund has already received $80,000. Interestingly, as I write this post, the last donation comes from a person named Daniel Ellsberg. 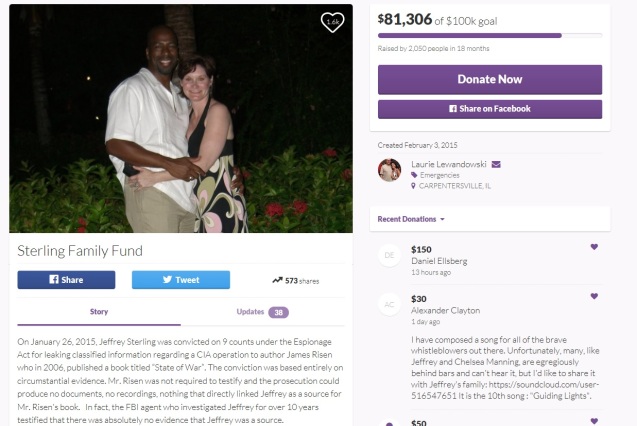 Daniel Ellsberg (born April 7, 1931) is an activist and former United States military analyst who, while employed by the RAND Corporation, precipitated a national political controversy in 1971 when he released the Pentagon Papers, a top-secret Pentagon study of U.S. government decision-making in relation to the Vietnam War, to The New York Times and other newspapers.

Ellsberg was charged under the Espionage Act of 1917 along with other charges of theft and conspiracy, carrying a total maximum sentence of 115 years. Due to governmental misconduct and illegal evidence gathering, and the defense by Leonard Boudin and Harvard Law School professor Charles Nesson, Judge Byrne dismissed all charges against Ellsberg on May 11, 1973.

‘My husband may die’ in a Colorado prison, says wife of CIA whistleblower

He was fired from the CIA and jailed for a leak. Now he’s trying to hang on