One Year Ago — Barcelona Terror Attacks : Imam was CNI Informant

“The imam did, in fact, stay in Belgium, but he was not known to the judicial authorities.”

Thierry Werts — Spokesman of the Office of the Public Prosecutor 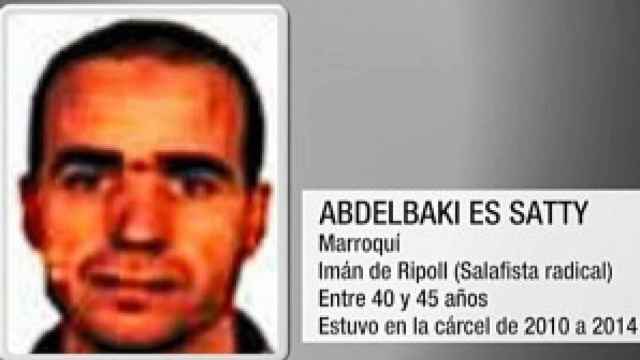 November 17 2017 — Abdelbaki Es Satty , the Imam from the small Catalan town of Ripoll who headed the jihadist cell behind the terrorist attacks in Barcelona and Cambrils in mid-August 2017, was an informant for Spain’s National Intelligence Center (CNI). Follow us on Twitter: @INTEL_TODAY

RELATED POST: BELGIUM: “No Link between Barcelona Imam and the 2016 Brussels Attacks”

RELATED POST: Is Belgian ISIS Jihadist Osama Atar the ‘Mastermind’ of the Paris and Brussels attacks?

RELATED POST: One Year Ago — ISIS: 3 Belgian Citizens at the ‘Creation’ Meeting

A few hours later, a second vehicle attack took place in Cambrils, killing one woman and injuring six others. All five attackers were shot and killed by police.

The Imam Abdelbaki Es Satty is considered the “mastermind” of these attacks. According to Spain leading Newspaper  “El pais”, Imam Es Satty was an informant for Spain’s National Intelligence Center (CNI).

Sources for the Spanish secret services have confirmed that the Imam had been an informant for the CNI.  They have not specified for how long the imam worked for them, or whether he was paid.

Those same sources clarified that the contacts established with Es Satty “fall within the usual protocols of the agency,” and that it is “normal to obtain information to fight terrorism from those in prisons who may have information, and that there are many people who cooperate.”

In any case, Es Satty was not accused of terrorism, but of drug trafficking at the time. [El Pais]

According to the Belgium’s Office of the Public Prosecutor, there is no link between Imam Abdelbaki Es Satty and the attacks perpetrated on 22 March 2016, in Brussels.

Marc Trévidic — A former French anti-terrorism judge — has made a few cryptic comments about a possible link between Islamic terrorists in Belgium and Spain.

The Spanish authorities consider Imam Abdelbaki Es Satty  as the architect of the terror attacks in Barcelona and Cambrils.

Police have  confirmed that Abdelbaki Es Satty  —  suspected of radicalizing the 12 young men who carried out the attacks — died in an explosion (the day before the attacks) at a house in Alcanar, south of Barcelona.

The Belgian Federal Office confirmed that an investigation had been launched in the wake of the Barcelona attack, but its focus is the Belgian victim of the attack.

“The aim is to facilitate cooperation and the exchange of information on the victims with the Spanish judicial authorities,” the spokesman of the Office of the Public Prosecutor, Thierry Werts, explained.

“Abdelbaki Es Satty was appointed as an imam in Ripoll despite having a conviction for drug smuggling.

He had also fallen under suspicion during an investigation into attempts to recruit local youths to fight for Islamic State.”  [Guardian]

Spain Anti-terrorism detectives were attempting to establish whether the Barcelona cell had any links with the terrorists responsible for the Paris attacks of November 2015 and the March 2016 bombings in Brussels.

How long will it take before Belgian ‘journalists’ discovered that Osama Atar — the man widely believed to be the mastermind of the Paris and Brussels attacks — was working for the Belgian Intelligence Services?

One Year Ago — Barcelona Terror Attacks : Imam was CNI Informant