“We have a plan to lower our exposure to U.S. components. We’ve had experiences that have led us down this path. I cannot give precise examples… We’ve had some difficulties. We know these difficulties are seemingly for strategic reasons but in reality they’re often because of competition. We’re not fooled. I don’t think I would offend anyone if I say that.”

“IN-Q-Tel operates in the shadow”

“I was appointed to develop Palantir France, make it one of Palantir Technologies’s most important pillar by enabling the company to enter new industrial and governmental markets. We are committed to investing in the French high-tech ecosystem in a sustainable way. I want to make out of Palantir a key player of the French Tech ecosystem.” 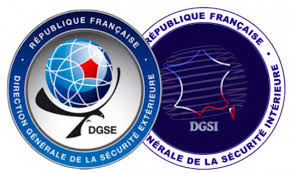 November 29 2016 — The DGSI [French internal intelligence service]  is completely overwhelmed by the fight against terrorism and turns to Palantir for help. Follow us on Twitter: @INTEL_TODAY

RELATED POST: Who Is Who in World Intelligence and Security Agencies : DGSE ORGANIZATION CHART

UPDATE (November 29 2018) — According to Bloomberg, just weeks after Emmanuel Macron took office last year, his team went over the French state’s most sensitive activities. And the experts did not like the findings.

“The team learned that the country’s intelligence agency — which, among other things, tracks French citizens for homegrown terrorism or anarchist activities — uses software from a CIA-backed start-up.

Its code is provided by Palantir Technologies Inc., a data-mining company that started out working for the Pentagon and the Central Intelligence Agency.

The use of U.S. technology deep inside the French state isn’t unusual, but for the tech-savvy team of the 40-year-old president, it was a sign that the country needs to make technological independence a top priority. (…)

At the end of February 2018, Fabrice Brégier left Airbus, where he were number two in the company. Most observers expected Brégier to lead a big company but he surprised everyone by joining Palantir… END of UPDATE

November 29 2016 — According to Patrick Calvar, the current DGSI Director, the Agency has huge amounts of data but lacks the tools to ‘mine’ these resources.

Patrick Calvar (born 26 November 1955) has been head of the French General Directorate for Internal Security since 30 May 2012. 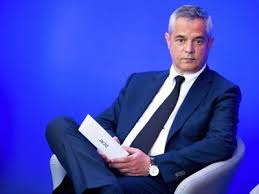 Patrick Calvar — Head of the DGSI

Calvar stated earlier this year that the DGSI needs such software/capability ‘immediately’ and that no French companies can provide it. (Patrick Calvar must legally retire on May 15 2017.)

Therefore, the DGSI has turned to Palantir for help. According to rumors, the contract has already been signed.

Usually, the DGSI and the DGSE collaborate on such programs for compatibility reasons and also to avoid wasting precious resources.

Founded in 2004, Palantir’s original clients were federal agencies of the United States Intelligence Community (USIC). In-Q-Tel funded the projet — right from the start — with $2 million.

“In the news lately is a data analysis company called Palantir that is a good bet to go public sometime in 2017.

If you want to buy Palantir stock you will have to be patient until the IPO because until then, it is a private company.

Palantir’s approximate $20 billion valuation puts it in near the top of high-profile startups yet to IPO.”

There is no secret about the CIA — and other US Intelligence agencies — being involved in the early development  stages of major projects such as  Google Earth and Palantir Technologies through a venture-capital firm it created: IN-Q-Tel .

However, according to an analysis of the Wall Street Journal, IN-Q-Tel operates “in the shadow”.

“IN-Q-Tel has extremely close ties to the CIA and runs almost all investment decisions by the spy agency.

The firm discloses little about how it picks companies to invest in, never says how much, and sometimes doesn’t reveal the investments at all.”

The CIA’s Venture-Capital Firm, Like Its Sponsor, Operates in the Shadows — WSJ August 30 2016