“The Iraqi don’t have air superiority over Israel. The solution they can have is the supergun. It has such long ranges, it’s going to hit strategic targets like Israel.” 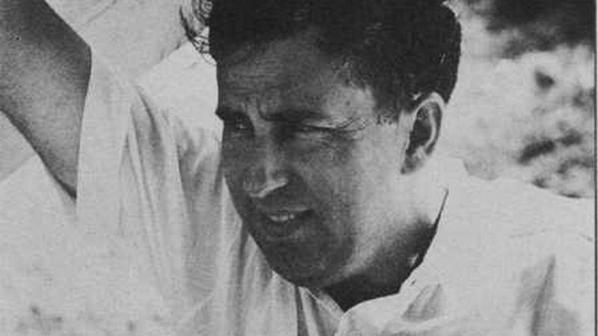 Gerald Vincent Bull was a Canadian engineer who developed long-range artillery. He moved from project to project in his quest to economically launch a satellite using a huge artillery piece, to which end he designed the Project Babylon “supergun” for the Iraqi government. Bull was assassinated outside his apartment in Brussels, Belgium on March 22 1990. The case was never solved. Follow us on Twitter: @Intel_Today

RELATED POST: Wormwood — Why Did The CIA Murder US Army Scientist Frank Olson?

According to investigative journalist Gordon Thomas, the assassination of Bull had been sanctioned by Israeli Prime Minister Yitzhak Shamir.

“Nahum Admoni sent the three-man team to Brussels, where the Mossad agents shot Bull at his door-step. Within hours after the killing, according to Thomas, Mossad was engaged in distributing false stories to the European media, alleging that Bull had been shot by agents from Iraq.

Although it was in the immediate interest of both Israel and Iran that Bull discontinue his co-operation with Saddam Hussein, he had worked for many different parties in many critical defence projects, and had become both an asset and a liability for several powerful groups at the same time.

Due to Bull’s past ventures, it has been speculated that besides Iran or Israel, the CIA, MI6, or the Chilean, Syrian, Iraqi, or South African government could have been behind his assassination.

Project Babylon was stopped when supergun parts were seized by Customs in the United Kingdom in November 1990, and most of Bull’s staff returned to Canada. The smaller test gun was later broken up after the Gulf War.” [Wikipedia]

“Spy Wars takes a groundbreaking look into the world of high-tech espionage. For the first time former Israeli & American spies explore the technology and tactics behind one of the greatest murder mysteries: who killed Gerald Bull?

In March of 1990, on the eve of the Gulf War, Saddam Hussein’s top weapons scientist, Gerald Bull, was hard at work on a secret supergun when he was assassinated in Belgium.

The prime suspects were the world’s premier spy agencies: Mossad, MI6 and the CIA — but the killer was never caught.

Now, for the first time ever, former Israeli and American spies reconstruct the technology and tactics of the assassins in an attempt to solve a mystery that’s lingered for 20 years.”