Lockerbie — Lobster Magazine : The View From The Bridge by Robin Ramsay

“More than eighteen years after the original wrong verdict, the Scottish Crown office is now talking to former Stasi officers. This suggests that, so long as the Scottish legal system can say that they are still ‘pursuing leads’, it won’t have to face the fact that it made a dreadful mistake in going along with the Americans’ fabrication.”

“I regard the Lockerbie verdict against Megrahi as a ‘Grand Monument to Human Stupidity’.  Indeed, the written opinion of the Lockerbie judges is a remarkable document that claims an ‘honoured place in the history of British miscarriages of justice.’ If the [SCCRC] Commission accepts the application for a full review, the infamous Zeist verdict doesn’t have a snowball’s chance in hell of surviving.” 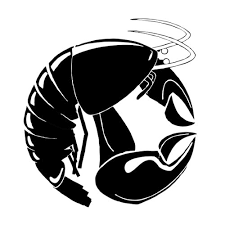 In 1982, an American newsletter about the Kennedy assassination, Echoes of Conspiracy, put Robin Ramsay and Stephen Dorril in touch with each other because of their common interest in the JFK assassination story. A few months later, they decided to launch a magazine. The Independent newspaper has described it as a “delightful and worthwhile publications, more footnote than story, that [..] delivers a comprehensive picture of a clandestine world which the Establishment would prefer remained secret”.

Lobster is a magazine interested primarily in the influence of intelligence and security services on politics and world trade, what it calls “deep politics” or “parapolitics”. In the last edition (77), Robin Ramsay offers his thoughts on the recent developments in the Lockerbie Case. Follow us on Twitter: @INTEL_TODAY

RELATED POST: Lockerbie 30th Anniversary — What do you think about the Lockerbie verdict? [Poll Result – March 2019]

RELATED POST: LOCKERBIE 30th Anniversary — PT/35(b) : “A RIDDLE, WRAPPED IN A MYSTERY, INSIDE AN ENIGMA.”

RELATED POST: Lockerbie 30th Anniversary — PT/35(b) : Who Made the Most Expensive Forgery in History? And Why?

The current curator of the CIA Historical Intelligence Collection, Hayden B. Peake, notes that the editors of Lobster see it as “member of the international brotherhood of parapolitics mags,” the other members being Geheim (Cologne, Germany), Intelligence Newsletter (Paris, France), and Covert Action Information Bulletin (USA), and is “distinctive in its depth of coverage, its detailed documentation, and the absence of the rhetoric”. (In 1986 the magazine scooped mainstream media by uncovering the secret Clockwork Orange operation, implicated in trying to destabilise the British government.)

I am afraid that the folks from Langley are not going to like this story.

The view from the bridge — Lockerbie

“On 21 March the front page of The Times had a story headlined ‘Former Stasi agents questioned over role in Lockerbie bombing’. It reported that ‘nine officials from the Scottish Crown Office are focusing on the role of the East German intelligence service’ in the event. The piece had three authors, one of them being Magnus Linklater, sometime editor of The Scotsman and much else besides. [1]

I shared a platform with Mr Linklater last autumn in Edinburgh. We were nominally discussing conspiracy theories and Linklater regaled us with his experiences on the so-called ‘Hitler diaries’ story while at the Sunday Times. He also told us that he believed the official version of Lockerbie, that the Libyans had indeed done the bombing. I asked the audience who among them believed this: no-one else did.

By coincidence, on the same day as The Times piece I received a prompt to look at an 8 year-old piece on the Lockerbie plane bombing which is on Cryptome. [2] The article, ‘Policing Lockerbie, A Bella Caledonia Special Investigation’, is no longer on the Bella Caldeonia site. Let us take this back a step.

In 2005 The Scotsman ran an article, ‘Police chief – Lockerbie evidence was faked’. [3] This began:

‘A FORMER Scottish police chief has given lawyers a signed statement claiming that key evidence in the Lockerbie bombing trial was fabricated. The retired officer – of assistant chief constable rank or higher – has testified that the CIA planted the tiny fragment of circuit board crucial in convicting a Libyan for the 1989 mass murder of 270 people.’ [4]

The police officer was not named by The Scotsman. The Bella Caledonia article, however, did name him and it was a legal threat from his lawyer (also reproduced on Cryptome) which resulted in the article being taken off the Bella Caledonia site.

That the Libyans did Lockerbie is believed by almost no-one. [5] There was little evidence against the unfortunate Al Megrahi who was convicted of it, and what they had was either paid for by the Americans [6] or fabricated and planted. [7] Former CIA officer Robert Baer told the Daily Telegraph in 2014 that the CIA ‘believed to a man’ that Iran not Libya was behind the attack. [8]

A tiny fragment of circuit board purportedly found at the Lockerbie site was allegedly made by the Swiss firm MEBO run by Edwin Bollier. At the trial of Al Megrahi, Bollier was questioned and he acknowledged making electronic equipment for the Stasi and Libya. [9]

More than eighteen years after the original wrong verdict, the Scottish Crown office is now talking to former Stasi officers.

This suggests that, so long as the Scottish legal system can say that they are still ‘pursuing leads’, it won’t have to face the fact that it made a dreadful mistake in going along with the Americans’ fabrication.”

By the way, the story of GOLFER has yet to be written. As a matter of fact, I believe that it would be quite ‘easy’ to identify him. Stay tuned!

5 — A 2009 piece by the solicitor Gareth Peirce shows why. See
https://www.lrb.co.uk/v31/n18/gareth-peirce/the-framing-of-al-megrahi

A detailed analysis of (the lack of) evidence is at http://lockerbiedivide.blogspot.com

9 — Bollier and Mebo were discussed by Simon Matthews towards the end of his ‘The devil has all the best songs: reflections on the life and times of Simon Dee’ in Lobster 58. See
https://www.lobster-magazine.co.uk/free/lobster58/lobster58.pdf

On this account Bollier looks more like a CIA asset than anything else. Mr Bollier has his own Website on which some of the Lockerbie issues are discussed.

Lockerbie — Lobster Magazine : The View From The Bridge by Robin Ramsay