“There was an awful lot of participation by Saudi individuals in supporting the hijackers, and some of those people worked in the Saudi government. Our report should never have been read as an exoneration of Saudi Arabia.” 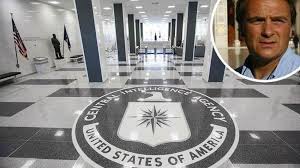 August 25 2016 — The so-called “28 pages” report suggests a much larger web of connections between al-Qaida and the Saudi royal family than had previously been known. Follow us on Twitter: @INTEL_TODAY

The report mentions that numbers found in the phonebook of Abu Zubaydah, a detainee currently held in Guantánamo, could be traced to a company in Denver, Colorado, connected to former Saudi ambassador to the U.S. Prince Bandar bin Sultan.

“Al-Bayoumi — alleged by the report to have likely been a Saudi intelligence agent and to have been on the payroll of the Saudi Ministry of Defense — was in close contact with hijackers Nawaf al-Hazmi and Khalid al-Midhar, providing them financial assistance during their time in the United States and even helping them find an apartment.”

And yet, following the release of this report, the Saudi Ambassador to the United States Abdullah Al-Saud issued the following Official Statement:

“The Kingdom of Saudi Arabia welcomes the release of the redacted pages from the 2002 Congressional Joint Inquiry.

Since 2002, the 9/11 Commission and several government agencies, including the CIA and the FBI, have investigated the contents of the ’28 Pages’ and have confirmed that neither the Saudi government, nor senior Saudi officials, nor any person acting on behalf of the Saudi government provided any support or encouragement for these attacks.

Saudi Arabia has long called for the release of the classified ’28 Pages,’ We hope the release of these pages will clear up, once and for all, any lingering questions or suspicions about Saudi Arabia’s actions, intentions, or long-term friendship with the United States.

Saudi Arabia is working closely with the United States and other allies to eradicate terrorism and destroy terrorist organizations.”

[SOURCE Royal Embassy of Saudi Arabia, Information Office — The page has now been shut down.]

Former CIA Robert Baer just does not quite get it…

“How can anyone look at the report as exoneration of Saudi Arabia complicity in 9/11?”

Near the end of the discussion, Baer raises two simple issues:

“Who in Saudi Arabia precisely supported these attacks? Because, clearly, somebody did! (…) They are still out there.

What are they planning next?”

Saudi Arabia Responds to Declassification of the “28 Pages”

Saudi Ties to 9/11 Detailed in Documents Suppressed Since 2002 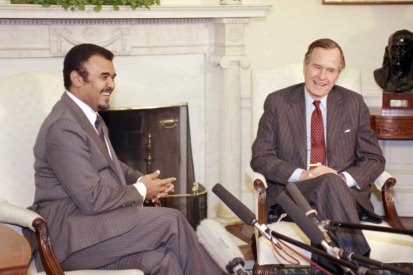 The release Friday of a long-classified congressional report on possible ties between Saudi Arabia and the 9/11 terrorist plot has the potential to do lasting damage to the US relationship with the oil-rich Arab kingdom.

According to the report, at least $15,000 went directly from Prince Bandar’s bank account in Washington to the family of a Saudi expatriate, suspected of being a Saudi government spy, who organized a support network in California for two of the 9/11 hijackers while they were living in San Diego in the year before the attacks.

The report also reveals that a phone log maintained by Abu Zubaydah, a senior al-Qaida operative captured in 2002 in Pakistan, included the unlisted phone number for a Colorado company that managed affairs at Prince Bandar’s home in the mountain resort city of Aspen, as well as the phone number for a bodyguard who worked under Bandar at the Saudi embassy in Washington.

It had previously been reported that Bandar’s wife, Princess Haifa bin Sultan, who was born into royalty like her husband, had paid out tens of thousands of dollars to the wife of the same Saudi expatriate in California, Osama Basnan.

For the first time in the public record, the 28 pages identify exactly how much money went from Princess Haifa to Basnan’s family: $74,000 in cashier’s checks from February 1999 to May 2002.

Investigators for both the congressional investigation and the 9/11 commission suspected, but were never able to prove, that much of that money ended up in the hands of the two hijackers in San Diego: Khalid al-Mihdhar and Nawaf al-Hazmi.