“If Clement Vandenborre is proved to have worked for Russia, it would be the biggest spy scandal since Herman Simm, an Estonian defence ministry official, was convicted of Russian espionage in Tallinn in 2009.” 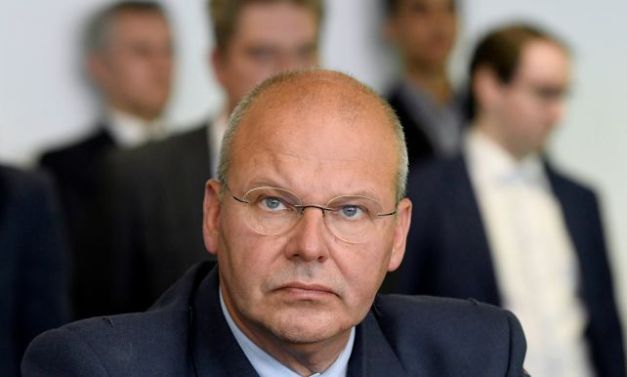 February 15 2019 — Clement Vandenborre, the head of the counterintelligence department within Belgium’s General Information and Security Service (GISS / ADIV) is accused of spying for Russia.  Follow us on Twitter: @INTEL_TODAY

RELATED POST: RELATED POST: One Year Ago — Is Belgian ISIS Jihadist Oussama Atar the ‘Mastermind’ of the Paris and Brussels attacks?

Out of the blue, Belgian intelligence services are currently investigating at least 20 cases of infiltration by foreign intelligence agencies.

Among these cases, Frank Jaumin — the VSSE counter-espionage chief — is being investigated for his surprisingly soft guidelines regarding spies working on non-diplomatic covers.

A British expert does not hesitate to call Belgium’s counter-espionage capabilities “shockingly negligent” in view of its EU and Nato responsibilities.

European and NATO partners are increasingly wary of the situation in Belgium which is described as the weak partner of their coalition. According to rumors, they are thinking twice before sharing sensitive information with Brussels.

“We need to understand whether the government of Belgium is interested in improving the work of its counterintelligence services. If the answer is yes, it is clear that the Russian spy problem is no longer Belgium’s domestic issue, considering the presence of key EU and NATO institutions. If, however, the Belgian political elite with their idleness are deliberately creating conditions for the successful activities of Russian spies, EU and NATO security institutions should review the current procedures…” [Zintis Znotiņš –Feb 5, 2020]

Belgian authorities have a duty to protect EU and NATO buildings (HQs and other buildings, including Nato’s military command, Shape) and, beside their domestic duties,  Belgian intelligence services must provide security for the 50,000 EU and NATO employees residing in Belgium.

Belgium spends a mere 0.01% of its GDP for its intelligence services, the lowest figure among NATO member states. [The UK spends 0.15 percent of its GDP and has about 4,000 personnel in its domestic intelligence agency, MI5, alone.]

The VSSE and ADIV have about 650 officers each. In the wake of the 2015 bomb attacks in Brussels, the vast majority of them work on counter-terrorism instead of counter-espionage.

According to the most recent report of  the Council of Europe anti-corruption group, Belgium is close to the bottom of the class in terms of preventing corruption among legislators, judges and prosecutors.

Belgian espionage laws date from a different era and badly need to be updated. Currently, the Belgian Constitutional Court is de facto shutdown for lack of judges.

Belgium has had no permanent government since the last federal election held on May 26 2019. The kingdom’s citizens don’t seem to mind. Foreign intelligence agencies are delighted. Don’t worry, be happy! So far, so good…

Clement Vandenborre has been with the Belgian counterintelligence service for 40 years.

He has been “temporarily” removed from office. His office was sealed at the end of January 2019.

It appears that Vandenborre was in contact with a Serbian woman believed to have been a double agent for Russia.

The Russian espionage accusations against Clement Vandenborre will be investigated by a joint investigation of Belgium’s federal prosecutor and the committee supervising the intelligence service.