“I know who leaked them. I’ve met the person who leaked them, and they are certainly not Russian and it’s an insider. It’s a leak, not a hack; the two are different things.”

“This attempt to prevent a truth-teller from speaking in support of nonviolence is absolutely shameful. This is not a policy created to represent any view of the U.S. public, and we are not going to stand for it.” 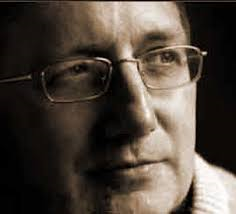 Craig Murray was British Ambassador to Uzbekistan from 2002 to 2004.

Former British Diplomat Craig Murray has been denied what is normally a routine visa waiver to come to Washington, DC, to be Master of Ceremonies of the Sam Adams Award for Integrity in Intelligence ceremony honouring former CIA officer and whistle-blower John Kiriakou. Follow us on Twitter: @INTEL_TODAY

UPDATE — Well, ambassador Craig Murray eventually managed to attend the Sam Adams Award ceremony. Then — according to former CIA Analyst Ray McGovern, Murray ‘disappeared’ from the Party. [As McGovern notes, this is a bit weird as Murray is not known to run away from a good drink…] Actually, while in the woods, Murray got a package from a still unknown source regarding the DNC LEAK.

Following this event, Murray has consistently claimed the CIA “are absolutely making it up” in their report claiming a Russian had provided WikiLeaks with thousands of private emails from the Democratic National Committee.

“I know who leaked them. I’ve met the person who leaked them, and they are certainly not Russian and it’s an insider. It’s a leak, not a hack; the two are different things.”

Interviewed in December 2016 by the Daily Mail, Murray said the release of Democratic National Committee emails was the deed of a disgruntled Democrat employee.

According to Murray, he received a package in a wooded area near the American University in Washington DC in September 2016 from “the source”. [Wikipedia]

An online petition —Tell U.S. to Let Craig Murray into the Country — has already received more than 15,000 signatures. It reads:

“Now we’re wondering which agency’s long arms have reached out to disrupt our ceremony and to try to silence Ambassador Craig Murray.

Whatever they intend, it will be bound to backfire, since it only makes the U.S. government look like some sort of monolithic repressive apparatus out to mimic the world’s worst despotic regimes.”

John Kiriakou was the first U.S. government official to confirm in December 2007 that waterboarding was used to interrogate Al Qaeda prisoners, which he described as torture.

About the Sam Adams Award

It is named after Samuel A. Adams, a CIA whistleblower during the Vietnam War, and takes the physical form of a “corner-brightener candlestick”.[WIKIPEDIA]

“to reward intelligence officials who demonstrated a commitment to truth and integrity, no matter the consequences.”

The award ceremony will be held at American University on September 25. Kiriakou is the 15th annual recipient.

‘Thought is Dangerous to the USA’

On his blog, Craig Murray wrote:

I shall apply for a visa via the State Department as suggested but I must be on a list to be refused under the ESTA system, and in any event it is most unlikely to be completed before the conference.

It is worth noting that despite the highly critical things I have published about Putin, about civil liberties in Russia and the annexation of the Crimea, I have never been refused entry to Russia. The only two countries that have ever refused me entry clearance are Uzbekistan and the USA. What does that tell you?

I have no criminal record, no connection to drugs or terrorism, have a return ticket, hotel booking and sufficient funds. I have a passport from a visa waiver country and have visited the USA frequently before during 38 years and never overstayed.

The only possible grounds for this refusal of entry clearance are things I have written against neo-liberalism, attacks on civil liberties and neo-conservative foreign policy. People at the conference in Washington will now not be able to hear me speak.

Plainly ideas can be dangerous. So much for the land of the free!

You can watch Craig Murray in this video from RealNews also reposted by Ray McGovern.

The information on Lockerbie published in today’s Daily Mail from an Iranian defector, matches precisely what I was shown in a secret intelligence report in the FCO just around the time of the first Iraq war – that a Syrian terrorist group was responsible acting on behalf of Iran.

It was decided that this would be kept under wraps because the West needed Iran and Syria’s quiescence in the attack on Iraq.

I was at the time Head of Maritime Section in the FCO’s Aviation and Maritime Department. I was shown the report by the Head of the Aviation Section, who was deeply troubled by it.

The UK authorities have known for over 20 years that Megrahi was innocent.  The key witness, a Maltese shopkeeper named Tony Gauci, was paid a total of US $7 million for his evidence by the CIA, and was able to adopt a life of luxury that continues to this day.

The initial $2 million payment has become public knowledge but that was only the first instalment.  This was not an over-eagerness to convict the man the CIA believed responsible; this was a deliberate perversion of justice to move the spotlight from Iran and Syria to clear the way diplomatically for war in Iraq.

It will of course be argued, probably correctly, that now Syria and Iran are the western targets, it is in the interests of the CIA for the true story to come out,  (minus of course their involvement in perverting the course of justice).

That is why we now hear it was Syria and Iran.  But it so happens that is in fact the truth.

Even the security services and government can tell the truth, when the moment comes that the truth rather than a deceit happens to be a tactical advantage to them.

Online Petition to US State Department

Ambassador Murray notes in his blog that Uzbekistan — whose government apparatchiks are notorious for torturing its citizens — is the only other country to have barred his entry.

Even Russia – which Ambassador Murray criticizes freely – allows him to travel there trouble-free.

What are the implications for U.S. democratic values?

We strongly urge the State Department to reverse its decision and allow Ambassador Murray freedom of travel and freedom of expression without hindrance in the United States of America.

Former British Diplomat Craig Murray Barred From Entering The US