“One day on and feeling amazed. A brand new working group, with just one research note to its credit (which makes no mention of the word Assad) hits the front page of The Times. What on earth could explain this extraordinary impact?”

“The front page of The Times was a hatchet job on me and other colleagues who are against intervention.”

“A small number of people working in UK academia have been willing to question & critically examine the prevailing narrative on Syria. This is how the disgusting rag The Times has reported it, a full on McCarthyite witch hunt at the exact moment that the UK is illegally bombing.”

“We recognise and uphold the fundamental importance of freedom of expression, and seek to foster a culture that enables it to take place within a framework of mutual respect.” 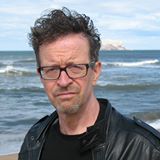 Members of the working group have so far published just one item, a research note on the poisoning of the Skripals in Salisbury. Although still work in progress, the piece, Update to briefing note “Doubts about Novichoks” has been well-received by academics and serious commentators.

It has been singled out by Cornell University’s Professor of Organic Chemistry, David B Collum, as the most definitive work on the novichok nerve agent scandal. Intel Today posted the piece under the title: ” Did a “Novichok” programme ever exist?”

According to the Times, the group is “spreading pro-Assad disinformation”. Professor Tim Hayward responds to the allegations made against him and his colleagues. Follow us on Twitter: @Intel_Today

According to The Times, senior British academics are spreading pro-Assad disinformation and conspiracy theories promoted by Russia.

“They are founders of a self-styled Working Group on Syria, Propaganda and Media (SPM) and hold posts at universities including Edinburgh, Sheffield and Leicester.

Members of the group, which includes four professors, have been spreading the slur, repeated by the Russian ambassador to Britain yesterday, that the White Helmets civilian volunteer force has fabricated video evidence of attacks by President Assad, who is backed by the Kremlin.

SPM’s advisers include an American who has challenged the US version of 9/11 as a conspiracy theory and an Australian who suggested that the CIA was behind last weekend’s chemical attack in Syria.”

This is the rather fascistic lead article. I suppose it means that the work of professor Hayward and his colleagues is having an effect, but this reminds us of the very worst of 20th century propaganda.

Such despicable attack by the UK media is highly dangerous and very intimidating. It clearly endangers the very foundation of Academic freedom, the right to seek the truth… And vote accordingly.

A few facts — Polling for The Times itself indicates that only a fifth of voters believe support airstrikes in Syria. More than two fifths oppose a military action.

Professor Dave Collum has been running his own poll: “Do you believe that Assad gassed Syrians?” While 23% responded yes, the vast majority (63%) answered NO!

WikiLeaks has also organized a poll: “Should the United States military be used to conduct a bombing campaign against the state of Syria?” The vast majority (82%) of their  readers — known for their annoying habit of relying on facts rather than hearsay — responded NO.

Attacked By The Times by Professor Tim Hayward

Today I find myself on the front page of The Times, as one of the members of the recently formed academic working group on Syria, Propaganda and Media.

According to the Times, the group is “spreading pro-Assad disinformation”. In fact, the group is scrupulous in its analysis and presentation of information, which stands always open to correction, as any academic work in progress does. The group is not “pro-Assad”.

Speaking for myself, I am simply “pro-” getting at the truth. If I make a mistake, I always stand to be corrected and endeavour to learn from the correction. So, in response to criticism of one of my posts last year, for instance, I took it down and re-wrote it. Twitter is an area in which I am on a learning curve, since misunderstandings so easily arise when thoughts are compressed into a few words that are easily taken out of context. Certainly, now that my twitter feed has been brought to wider public attention, I do invite any reader to point out anything there that needs correcting.

Incidentally, I don’t think The Times article has been scrupulously fair on its front page when it refers to some claims I retweeted, because it fails to mention that they were being quoted as the reference for the following words of my own:

“Witness statements from civilians and officials in Ghouta raise very disturbing questions about the conduct of ‘rebel’ factions who had been in control. Questions also concern who and what has been supported by UK FCO.”

I have not claimed to verify the witness statements that prompted the questions, but since the witnesses are due a degree of respect, I believe, those questions arising from them can reasonably be aired, without prejudice to the question of their truth.

A question thoughtful readers will likely be asking is why The Times has gone the trouble it has to give such prominence to a small group of critical academics.

In the early hours of this morning, as I looked at the front page prepared by The Times, news was coming in of the military attack taking place in Syria. That attack – whose legality under international law, I believe, stands to be clarified – was “justified” on the basis of exactly the kind of claims that the academic working group is subjecting to critical assessment. Such claims have been questioned by many people, including senior British military figures. The fact that people who aim to provide support to the questioning are attacked in a major news outlet is itself a matter of concern.

Apologists for Assad working in British universities — The Times