“I can tell you right now Brennan is an asshole. I have known all these people for years. Clapper is — sort of — a better guy but not a rocket scientist. The NSA guys are fucking morons. You know the trouble with all of those guys is that the only way they are going to make it to a board, or two, and get hired (…) to deliver some fat cat contracts is if Hillary stayed in.”

“All the roads lead to John Brennan.”

“Frankly, it would not surprise me a bit if we discover one day — 50 years from now? — that a Western Intelligence agency [CIA?] was feeding Skripal with a mix of information and disinformation regarding the alleged Trump-Russia collusion, knowing full well that this report would eventually end up at the FBI.” 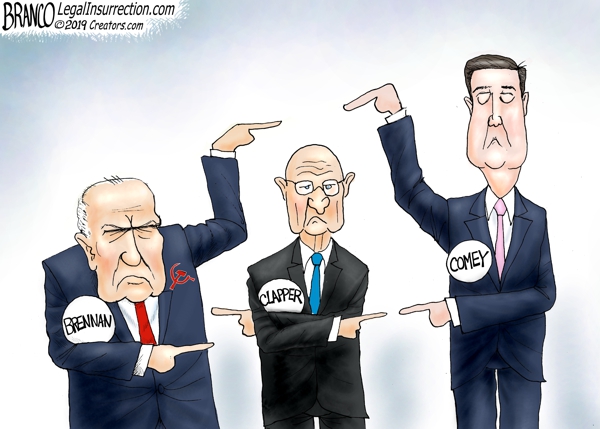 On May 16 2019, Giuseppe Conte, the prime minister of Italy, requested the resignations from 6 deputy directors of Italian intelligence agencies: DIS, AISI and AISE. Former CIA Chief of Station Brad Johnson believes that the Steele Dossier was a CIA operation run directly by former CIA Director John Brennan. Follow us on Twitter: @INTEL_TODAY

The move is being seen as the Conte government’s response to the previous government’s coordinated surveillance activity with U.S. intelligence officials during the 2016 U.S. election.

In fact, underlines La Repubblica , a complete reset, excluding the directors – two of whom have already been appointed by this government – of the entire top-level framework of our Services.

There are six, in total, free seats at the top of the Services that the majority must have been parting for some time: in fact, in addition to the four who resigned, there is the vacant one in Aise after the appointment of Luciano Carta at the top of the Agency and that of Vincenzo Delle Femmine, deputy director of the Aisi retired from June.”

The shake-up comes as “SpyGate” (known in Italy as “ItalyGate”) heats up with new developments breaking almost every day.

“The story coming from the Brennan camp is that he had some other “bombshell intelligence” sourced to the Kremlin. That seems unlikely: The record shows that he was promoting the Steele dossier.

Surely, the Republic as we know it will not crumble if Attorney General Barr tells us whether Brennan is being forthright.”

Currently, 70% of Intel Today readers believe that John Brennan lied under oath about the Steele Dossier.

Intel Today would like to know what you think. Do you believe — like Former U.S. Attorney and Special Counsel Joe diGenova — that John Brennan will go to prison?

This entry was posted in Spygate and tagged John Brennan, Spygate. Bookmark the permalink.